It’s been a few days since I’ve arrived in Taipei and moved in to my apartment. Upon arriving I almost immediately noticed the towering, bamboo-inspired Taipei 101 in the skyline. My apartment is about a 20 minute walk from it, so it’s a very lively yet local area with lots of restaurants and cafes. Taipei has a very convenient metro and bus system, which makes accessing the rest of the city incredibly easy. Even beaches and mountains are accessible. There are plenty of possible day trips. 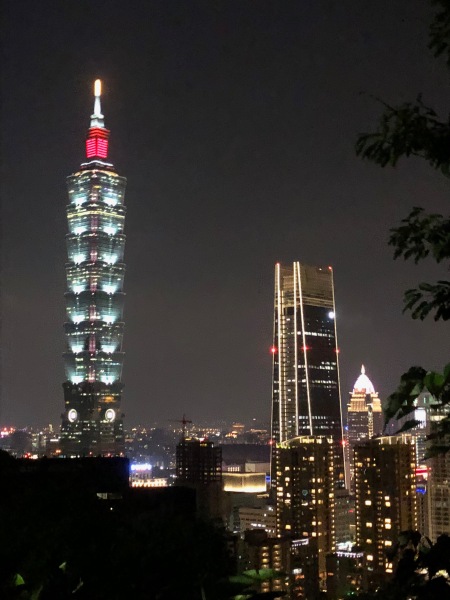 My first “hike” here has been up Elephant Mountain. Lots of tourists and locals gather here and spread out on some rocks to see the city. We tried to make it by sunset, but unfortunately we underestimated the amount of stairs going up! The perch overlooks the city and offers a view of Taipei 101 that’s hard to beat.

Din Tai Fung specializes in Huaiyang cuisine (also known as Jiangsu cuisine), which is among the ‘Four Great Traditions’ or schools of classical Chinese cooking

Having travelled to Taipei for a short week when I was 16, I already had a pretty decent idea of the abundance of good food in this city. That being said, I knew my very first meal had to be at the much-acclaimed Din Tai Fung. This restaurant is known for its world-famous Xiaolongbao. It has spread throughout Asia and is even in the United States, but I had to go to the original. It was even better than I had remembered and the service and atmosphere were phenomenal as well. 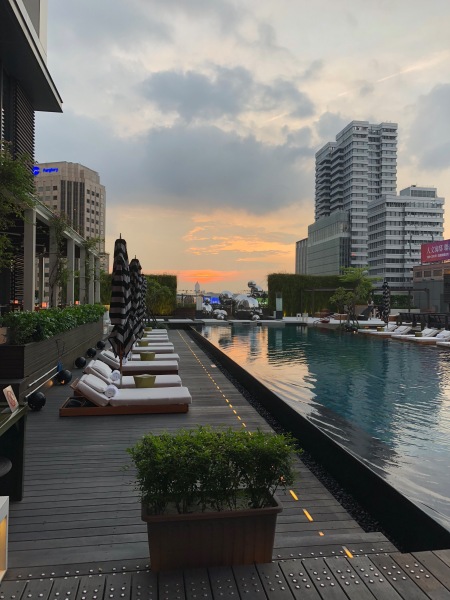 View of Taipei at sunset from a local rooftop restaurant

In retrospect, it was a good decision to come before orientation and school started. I’ve had the opportunity to explore the city and get comfortable with everything before starting classes. I’m excited for the semester to start so I can see more of the school and clubs and activities on campus.

This entry was posted on Friday, September 7th, 2018 at 9:48 am and is filed under Bryan in Taipei, Fall 2018. You can follow any responses to this entry through the RSS 2.0 feed. You can leave a response, or trackback from your own site.