It’s been seven days.  Seven days that have simultaneously flown by and dragged on. 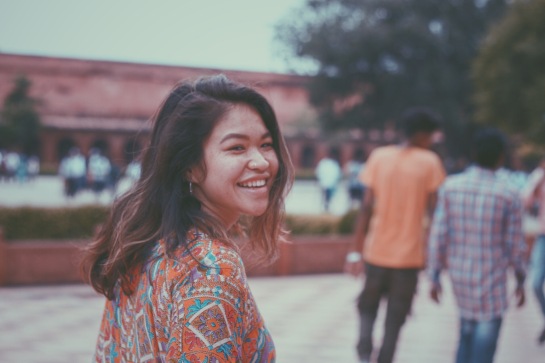 To give you some background, I arrived in India on Monday.  Our program is based in India’s capital, New Delhi.  This post is a regurgitation of the plethora of information I have learned over the past week.  This information has spun the wheels in my head and reaffirmed my love for public health.  While sharing, I did my best to remain partial.  By neither categorizing aspects of the Indian culture as right or wrong, I attempted to write and understand from a perspective of historical particularism — understanding that a country’s current systems, culture, and social norms are shaped by its unique history and development.  With this being said, my perspective is very limited.  By no means do I have a complete understanding of India’s history, community, and traditions.  Nonetheless, I still want to expand on my experiences of a new normal.  I hope I am able to do justice to the complicatedly beautiful culture that is the Indian culture. 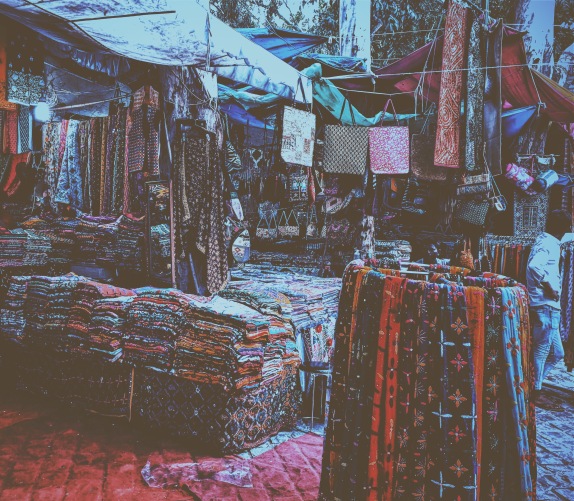 These two pictures are of a tourist hotspot in New Delhi called Delhi Haat.  The markets here are scattered with a beautiful spectrum of colorful clothing and trinkets. 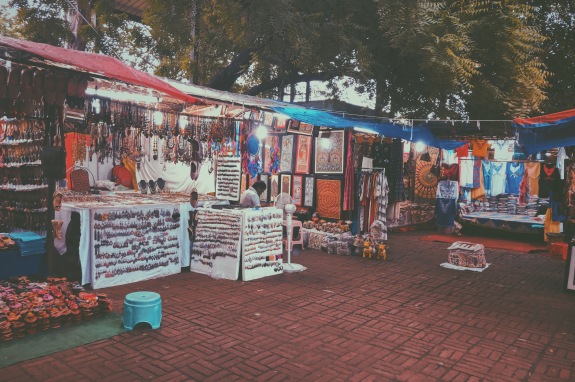 I start with my first topic: women.  This is my starting point because it is the topic I choose to be a little more flexible regarding my partiality.  As a woman within this program, I was instructed to cover my shoulders, chest, legs, and at times my hair.  Respectfully, I have and will continue to abide by this cultural norm.  Nonetheless, despite me being completely covered up in temperatures reaching beyond 100 degrees, I have never been more aware of my gender.  I have been told to not look a man in their eyes, for it can be construed as you initiating sex.  I have been told to not smile at a man, that too can be construed as you, a woman, initiating sex.  It is the woman who must alter her behaviors to best contain the sexuality of a man.  It is the woman who must cover up.  It is the woman who must be invisible.  These cultural norms perpetuate the ideology of women inferiority.

Nonetheless, I am aware and proud that India is progressing in a new direction.  Young adult women are occasionally spotted in freely dressed clothing, confidently paving a new direction of education, equality, and feminine authority.  Nonetheless, strict changes need to me made to society in order to create an environment where females feel safe, able, and accepted — this includes but is not limited to India.

I move on to discuss the beautifully chaotic city of New Delhi.  The hustle and bustle of the city is what makes it unique.  I enjoy being thrown into a place that is so different from any other place I have ever been.  The population of the entire metropolitan area of New Delhi is about 24 million people.  To put this into perspective, the population of the entire United States is around 324 million people.  Needless to say, it’s a crowded city.  Two lane roads are turned into four lane roads with cars, motorcycles, and rickshaws creating their own road rules.  Food stands, vendors, cows, dogs, and monkeys all compete for a place in the city.

You have not experienced the true Indian culture if you haven’t had a near death experience in a rickshaw. 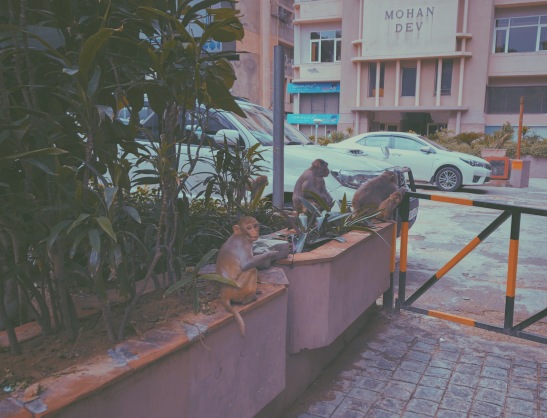 These are only a sneak peek into the many friends you will encounter walking the streets of Delhi!

This weekend, we traveled to the Taj Mahal.  The Taj Mahal is a beautiful memorial commissioned by a Mongolian King in the 1600s to honor his deceased wife.  This wonder of the world was breathtaking.  However, what shocked me the most was our drive to the Taj Mahal.  Staying in New Delhi, I have experienced the urban lifestyle.  However, during the 4 hour drive to the Taj Mahal, I was able to experience the rural lifestyle — even if it was just through a bus window.  I saw countless farming families.  Their fields flooded with water from the monsoon season’s storms.  Cows and dogs scattered across the land.  And to call their homes shacks would unfortunately glorify the structures.  These homes were held up by wooden sticks with thatched roofs and tarp walls.  I saw a father and son duo showering in the rain.  They stood by the road, in soapy clothes, as they rinsed their shampooed hair with the rain fall.  It was quite a humbling experience to be grateful for my homestay’s bucket showers that consists of four walls and hot water. 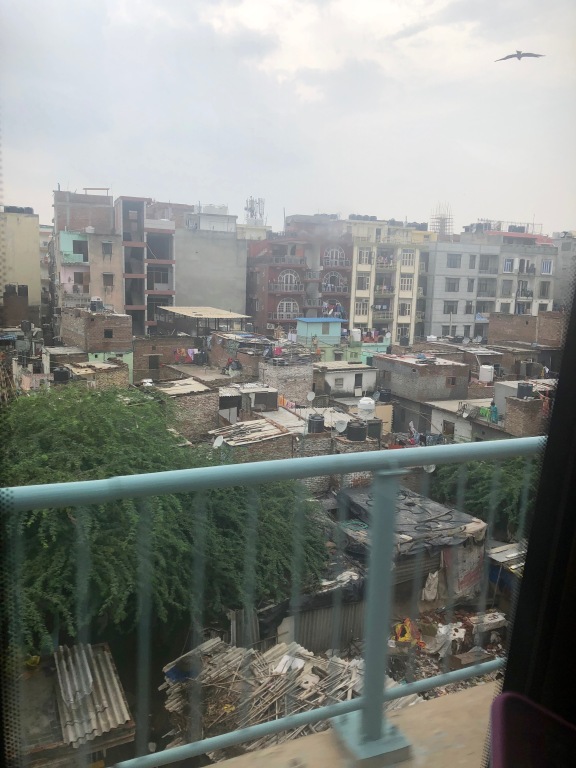 This is an example of the stark contrast of the close living proximities of both the middle and lower class.  This was snapped from the metro.

In seven days, I have seen the stark contrast of the urban versus the rural.  The rich versus the poor.  The developed country of the United States versus the developing country of India.  In India, structures, institutions, and globalization have caused the gap between the rich and poor to grow.  Because of the recent switch to a market based economy, India’s GDP has grown by 6% in the past few years.  Nonetheless, these economic benefits have been concentrated to only 6-8% of the population — consisting mainly of the upper class, the educated, and males.  In present day India, 100 people control 27% of India’s GDP.  As part of a group of intelligent students, my peers and I look to be an educated and appropriate voice for the marginalized.  But our program coordinator of India reminds us “you are here to learn, not to change things.  Finish your education.  Then come back to see me, so we can change things together.”  And this, my friend, is what keeps me on the edge of my seat.

I couldn’t finish this post without adding a cliche tourist picture of me at the Taj Mahal.  The World Wonder was beautiful and breathtaking!

This entry was posted on Monday, September 3rd, 2018 at 9:09 am and is filed under Brooke Goes Global, Fall 2018. You can follow any responses to this entry through the RSS 2.0 feed. You can leave a response, or trackback from your own site.