Bryan in Taipei: Pre-Departure & The Calm Before the Storm

To be clear, this title isn’t exactly accurate given how hectic my last few days in the U.S. were, but I thought it would be fitting since it’s rainy season in Taiwan right now.

My name’s Bryan, I’m a History and Chinese Studies double major from Philadelphia, PA. This Fall will be my 3rd abroad experience in East Asia since coming to UR, following two summers of intensive language study with China Studies Institute in Beijing in 2017 and with State Department’s Critical Language Scholarship program in Dalian this past summer. After some careful consideration, I chose the Taipei program for a number of reasons, the most notable being my geopolitical interest in the region as well as the relative independence the program offers. I’m very excited to see how this semester unfolds. 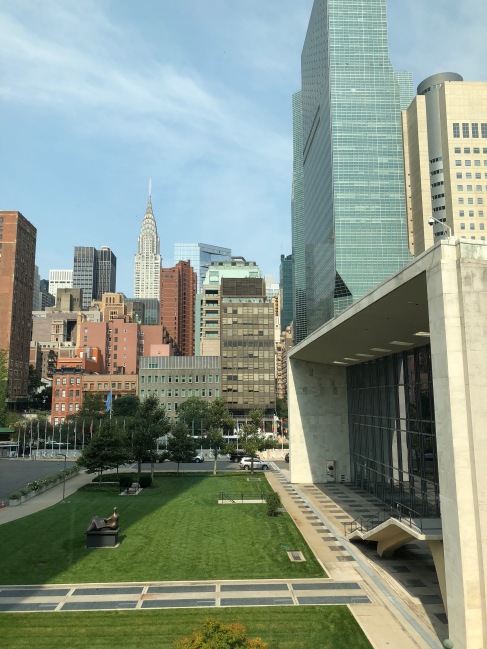 View of the Empire State Building from the United Nations Headquarters in New York.

A word of advice to future study abroad applicants: apply for the visa as soon as possible, and make sure to read all of the details closely. I mailed in my visa application in August after returning from two months in China, and I almost didn’t receive it in time. It turns out the office was understaffed and the application volumes were higher than usual. I had to go to the consulate in New York and spent the whole day getting it, but on the bright side I got to visit the United Nations headquarters there! This was a really great experience that got me even more excited to go abroad and learn more about the island of Taiwan and its fascinating history and fusion of cultures. Also, I happened to see an exhibit in Times Square by Taiwanese artist Kang Muxiang, so I recommend checking that out and learning more. 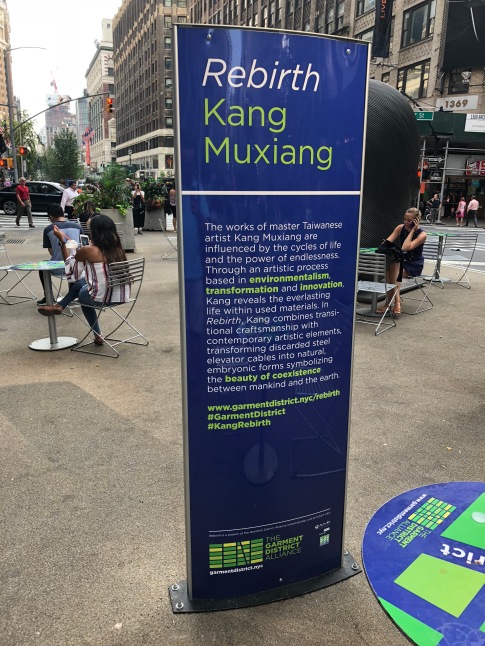 Instead of being partial to a single work, I decided to show the plaque that explains the exhibit and its intentions.

This entry was posted on Friday, August 31st, 2018 at 11:59 am and is filed under Bryan in Taipei, Fall 2018. You can follow any responses to this entry through the RSS 2.0 feed. You can leave a response, or trackback from your own site.