Meghann in Argentina: “So, How’s Your Spanish?”

I have been asked this question innumerable times by friends and family members from back home since arriving in Argentina five months ago. In the past I hadn’t given much thought to the simple inquiry, but now that the end of my time abroad is quickly approaching, I’ve found myself reflecting more and more on how my language skills have progressed. Back in June when I wrote my first pre-departure post, I stated that “my biggest goal is to become fluent in Spanish.” While this still absolutely holds true, during my time here I’ve come to realize just how difficult true fluency in another language is to acquire. Additionally, by no means does living in a country with a different national language for six months (or however long a period of time, really) mean that fluency will come easily—it has to be worked for. In all honesty, I do still speak English all the time, mostly due to the fact that all of my friends here (even those who aren’t from English-speaking countries) speak English perfectly. Since all of us speak English better than we do Spanish, conversing in English is easier and more comfortable to fall into; for my German or French friends, this equates to beneficial practice of their second language, but for me, it doesn’t do much. It’s frustrating to go on trips with friends (where we only speak English) and to come back to my host family or to class feeling like my Spanish skills have diminished because I used them significantly less.

That being said, the prominence of English in the social aspect of my study abroad experience was made clear pretty early on, and fortunately this made me try even harder to improve my Spanish in my homestay, in university, and while out in the city—and it definitely has progressed a ton. Before I arrived in Argentina, I understood a fair amount and could express most ideas/thoughts, but slowly and oftentimes with rough grammar; now, I can understand nearly everything (even the rapid lectures on Argentine politics given by my professors) and discuss any topic as well. Most notably, though, is how much more confident I am with my language skills. I no longer pause when talking to my host mom to think about whether I am using the correct noun or conjugating a verb the right way. I still have a long way to go with Spanish, though. When I return to Richmond in the spring I will take a Spanish literature class, and I also want to try to watch a TV show or the news in Spanish as well, to help ensure that I don’t lose any of the language skills that I have gained here. 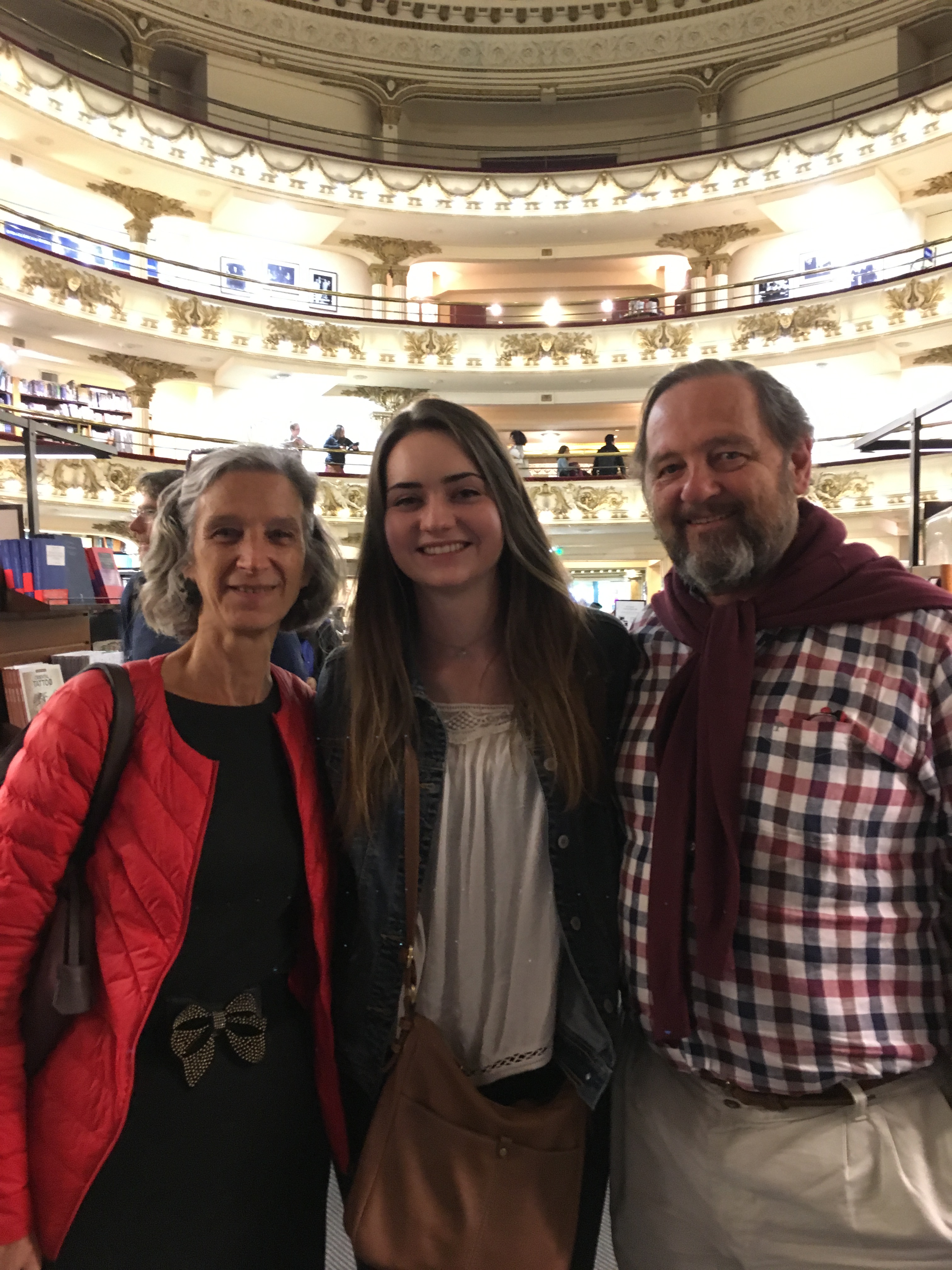 My host family has been integral in helping improve my Spanish. Being “forced” to speak Spanish whenever I am at home has given me the opportunity to discuss many different topics that aren’t commonly talked over at school or on the streets.

While the Spanish learning process is different from what I expected it to be in the sense that my social life almost entirely revolves around English, I can still certainly answer the question “so, how’s your Spanish?” with the reply that it has gotten significantly better. Seeing how my language skills have grown over time makes me even more motivated to continue learning after this experience is over.

This entry was posted on Sunday, November 26th, 2017 at 9:22 am and is filed under Fall 2017, Meghann in Argentina. You can follow any responses to this entry through the RSS 2.0 feed. You can leave a response, or trackback from your own site.