I initially had a hard time finding a place to go for the latter half of my vacation. I had bounced between four or five different places until I landed on a town called Annecy, a small city dubbed the “Venice of France.” My friend mentioned it to me in passing, and, after looking at some photos, it took me about one minute to toss my other plans out the window and book a ticket to Annecy for Thursday. I found a great youth hostel in the mountains that’s only a twenty-five minute walk from the train station, which is also in the center of town. Logistically speaking, I found the perfect place to spend the rest of my week.

I didn’t exactly plan all my activities, because strict planning stresses me out more than it helps me organize, so I played it by ear and wandered the city until I found places of interest I’d want to spend the week visiting. And just like the pictures, the city of Annecy (and Annecy-le-Vieux, meaning the “old Annecy”) proved to be one of the most beautiful towns I’ve ever had the privilege of staying in. 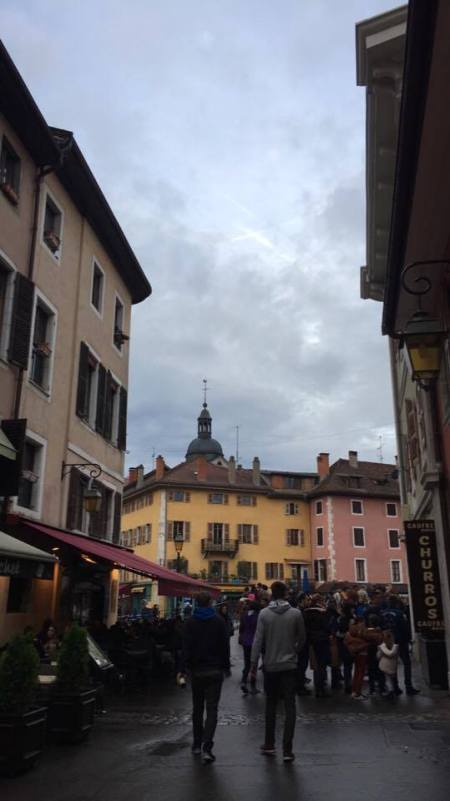 It was late so I walked to my hostel and settled in. I wasn’t sure if I was going to get a roommate, but I’ve always had a hope that my hostel roommate and I would become good friends and we’d go traveling together. And I guess the stars aligned today because after my roommate, Pascale arrived, we began planning the rest of our trip together.

The next day, we hopped in her car and drove up to Evian, which is the city where Evian water is sourced. It’s a beautiful town whose economy is driven by its (fancy) water industry. Because of its proximity to Geneva, Switzerland, I bought some Swiss chocolate and other gifts for my family. But considering how close we were to Geneva, we decided to head there anyway. We hit two countries in a matter of a few hours, something I don’t get to say often when I’m in the States.

We wanted to head back to the hostel before sundown so we could scout out a place to hike for the next day. We found a place called the Plateau of Semnoz and decided we’d spend Saturday morning there hiking. Our hostel is on the same road that leads directly up the plateau, and, when we started up the next morning, we were faced with one of the most jaw-dropping views I have ever seen. As a backpacker, I live for views. I’ve hiked over several days and over many miles to find them. But quite honestly I had never seen anything quite like the views we had at the Plateau of Semnoz. Mont Blanc was visible in the distance and cut through the low-lying clouds descending into the valley in front of us. I’ll let the pictures speak for themselves. 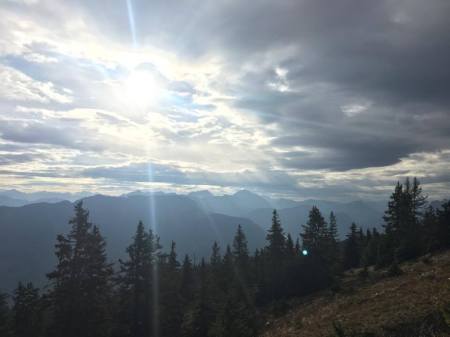 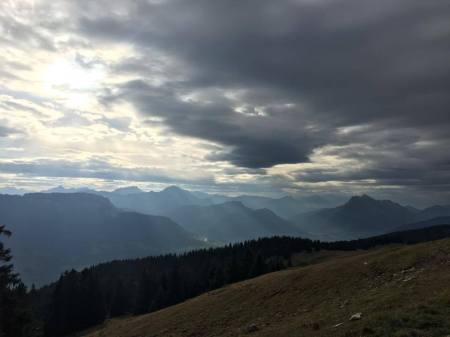 I write this post from the train station of Annecy and already feel nostalgic for this past weekend. From the small town, to the beautiful lake, to Geneva and Evian, to the unbelievable view from atop the plateau, and to the time spent with a new friend, I cannot begin to describe how wonderful a time I had here. It was also a great way to practice my French, as my roommate is a French citizen and also interested in bettering her own English. She invited me to come stay with her in her city, which I cannot wait to do. I’ll be sure to capture that in a blog post in the coming days.

This entry was posted on Sunday, November 5th, 2017 at 10:10 am and is filed under Fall 2017, Jess en France. You can follow any responses to this entry through the RSS 2.0 feed. You can leave a response, or trackback from your own site.