Meghann in Argentina: Weekend in Uruguay

This weekend, after almost four whole months in Argentina, I finally left the country to spend the weekend in Uruguay. It’s funny to see other friends that are studying abroad leave their home country nearly every weekend to travel to other countries; while Argentina is so expansive and has so much diversity within its own borders that I definitely have not had a lack of things to see or do, it was nice to get a new stamp in my passport. I went with sixteen other students from my university to rent a house in the countryside of Colonia, a small colonial town located right on the water. Colonia is just a short one-hour ferry ride away from Buenos Aires—in fact, if the weather is nice, you can faintly make out part of the skyline near where I live.

We started by taking advantage of the beautiful weather by heading to a small, hidden beach that the owner of our rental house told us about. You could walk out almost a quarter mile with the waves only going up to your waist, which was peaceful to do under the sunset with no one but our group around. Being totally alone in the water and seeing my friends on the beach as tiny, ant-like figures, it was crazy to think that Buenos Aires was less than fifty miles away from where I stood.

Our own “private” beach outside of Colonia. In the distance, you can see a small island that many of us swam out to.

The next day a few of us ventured two hours southeast to the capital city of Montevideo. While my host parents have told me that Montevideo is “un Buenos Aires chiquito,” or “a tiny Buenos Aires,” there was still a lot to see in the city. We explored markets, plazas, and the Ramblas, which is the longest sidewalk in the world that stretches across the entirety of the beautiful coastline of Montevideo. 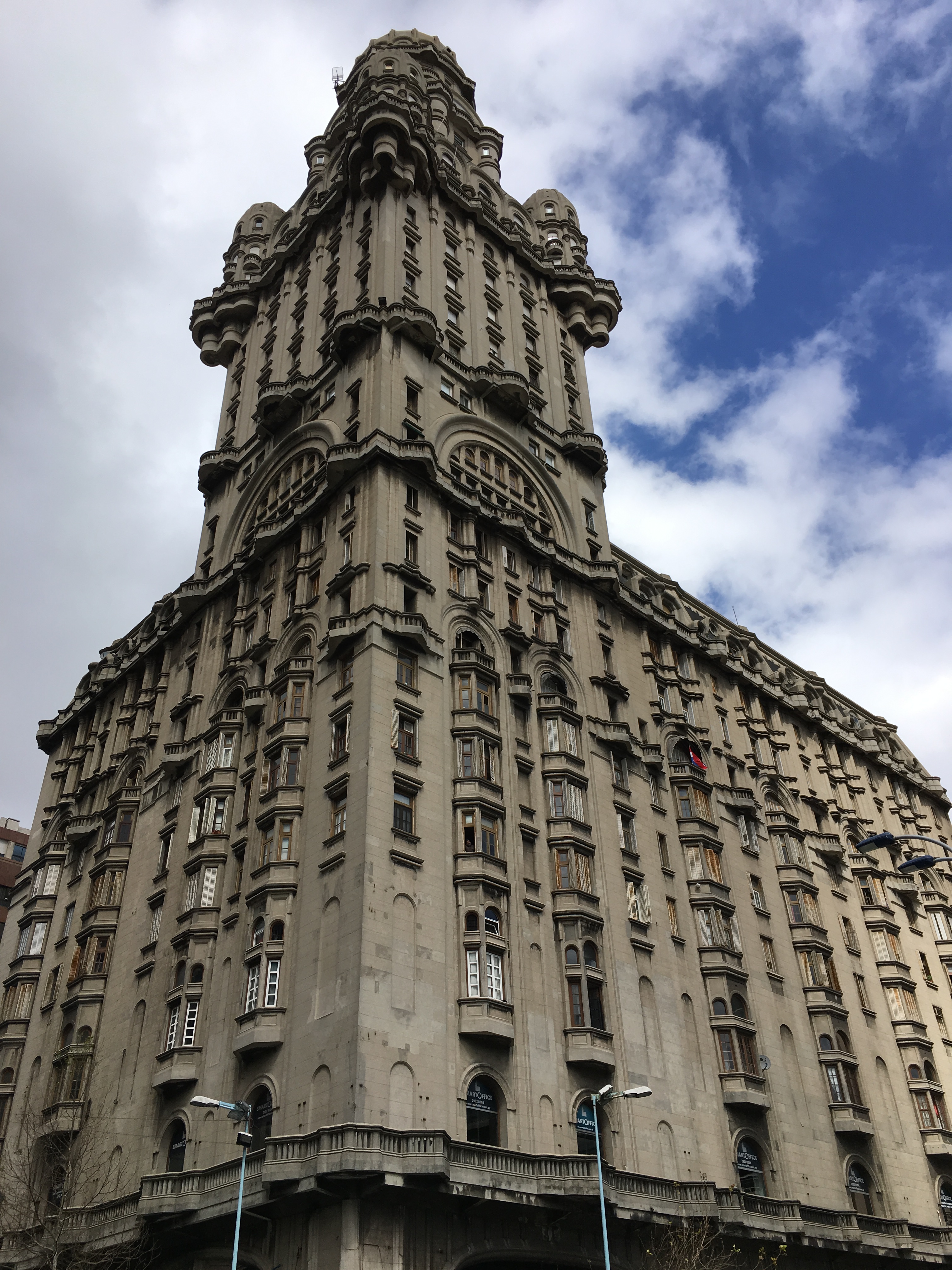 The architecture of Montevideo did not fail to impress—this building in Plaza de Independencia towered as tall as many of the structures in Buenos Aires.

Our final day was spent in the city of Colonia, which was definitely my favorite place in Uruguay. We walked around the historic quarter (a UNESCO World Heritage sight) by an old lighthouse and convent ruins, relaxed in the sun on a dock by the waterfront, and explored the cute cobblestoned streets where the Portuguese and Spanish influences were inescapable. I can’t say I ever imagined that I would be sitting on top of 17th century ruins while eating gelato as the sun set on the water in Uruguay, of all places, but sharing that experience with some of the great friends I’ve made here is something that I’ll never forget. 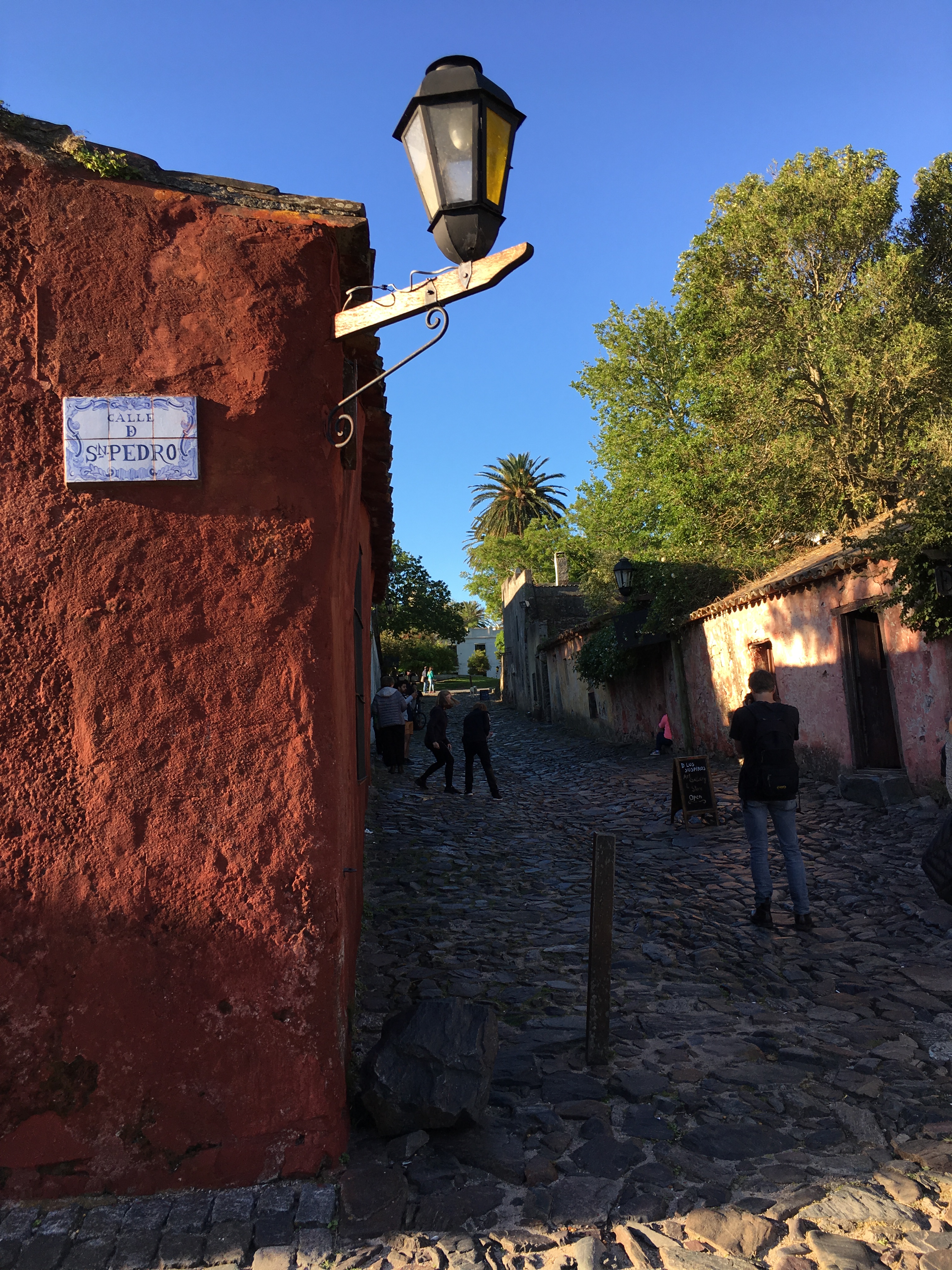 Everywhere you look in Colonia, you see cobblestone streets and palm trees. 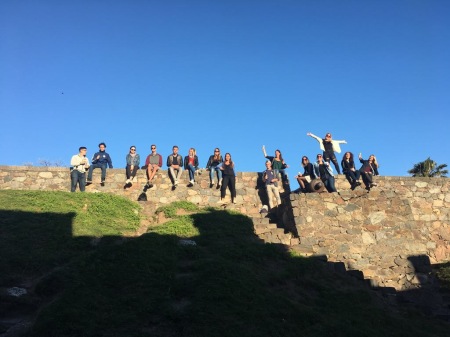 Spending our last couple of hours in Uruguay in the historic quarter.

This entry was posted on Tuesday, October 24th, 2017 at 9:19 am and is filed under Fall 2017, Meghann in Argentina. You can follow any responses to this entry through the RSS 2.0 feed. You can leave a response, or trackback from your own site.