I made my way down to Germany last weekend with the goal of making it to some cultural landmarks. Because I’ve always been interested in 20th century European history, and because I only had a few days to explore, I decided to take a train to Dachau to visit the Nazi concentration camp. 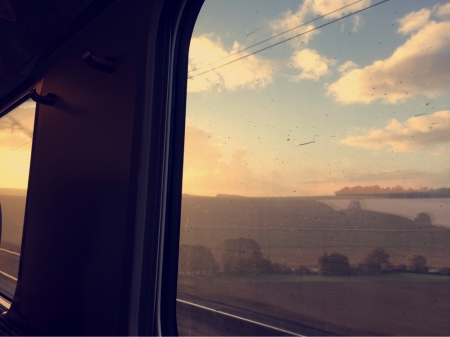 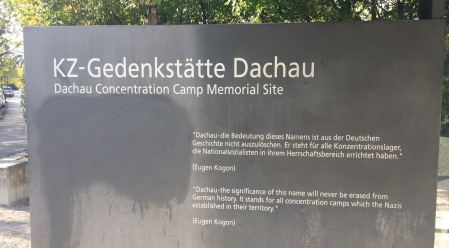 Needless to say the visit was difficult. It was surreal stepping into the physical manifestation of one of the most tragic human atrocities committed in modern history. The camp itself is configured in such a way that you always are in sight of a lookout tower or one of the large, daunting buildings that enclose the camp. Upon walking into the camp, the infamous phrase “Arbeit Macht Frei,” “Work Sets You Free,” is constructed out of metal and worked into the gate that “welcomes” you into the camp itself. 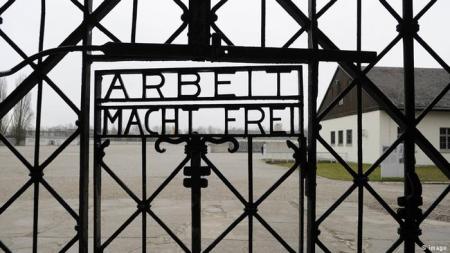 Unfortunately the pictures I took didn’t come out too well, so I took this one offline. If the phrase is familiar to you, you might recognize it as the same one that brandishes the entrance of the Auschwitz camp as well.

Throughout the camp, there were sign posts that described the history of particular points of interest. The first one I came across was one about the rows and rows of barracks that hundreds of thousands of prisoners were packed into during the Second World War. The barracks were constructed in rows with a long path from one end of the camp to the other splitting the rows down the middle. In the picture on the sign, there were small, newly planted trees lining this path. I’m not sure why of all things this is what I remember most, but those trees are now fifty feet high. They’re a reminder of the passage of time between then and now, time enough to mature a tree but not long enough to think of this war as a distant memory. 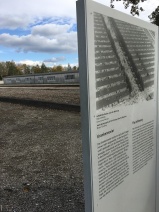 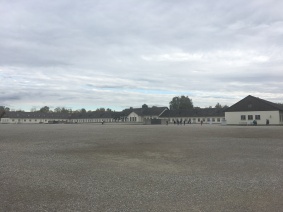 The last building I went to was the gas chamber. And to be quite honest, if I didn’t know otherwise, I would have thought I was walking into a summer camp. The area of the camp with the gas chamber was in a nicely wooded area with a brook running through it. There were two rather small buildings that didn’t meet the expectations I had of an overwhelming, factory-like set of buildings. I walked into the first building from the wrong side and didn’t read the plaques describing the purpose of the rooms until I walked out of them. I had walked into the last room—it was entirely empty. I wasn’t sure what to think until I read the sign in the adjacent room that stated it was used to pile corpses. I immediately looked down at the floor and my feet and felt almost dazed that I had set foot in a room as normal looking as this one, one that could have been someone’s bedroom or home office but in reality was once a site of death. Following this room, I walked into the gas chamber itself. I saw the gas spouts on the ceiling and walked right out. I had had enough. 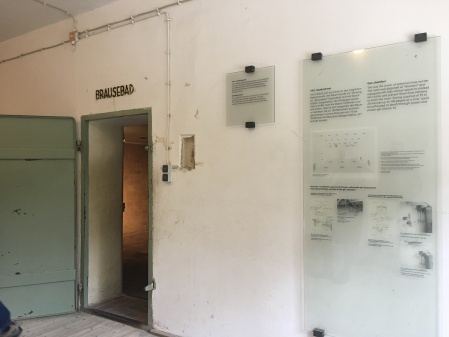 The caption above the door to the gas chamber misleadingly reads “SHOWERS”.

I know this post was a heavy, believe me I left the camp hardly able to talk, but I always think it’s important to pay respect to a real and recent history that continues to have personal and political implications. It teaches us about the collective capacity of humans to commit crimes against humanity, but it also shows us our own progress in recognizing when and why to stop and intervene. It also shows us the power of the human spirit—there were many stories I read of individuals harboring Jews at their own danger or concentration camp survivors who learned to reclaim their power by finding forgiveness for those who subject them to years of life in extreme hardship and torture. But most importantly it’s important to continue to remember the six million Jews and thousands of others who lost their lives in the Holocaust.

This entry was posted on Friday, October 20th, 2017 at 10:34 am and is filed under Fall 2017, Jess en France. You can follow any responses to this entry through the RSS 2.0 feed. You can leave a response, or trackback from your own site.