On my first day of Parliament, I got stuck. It was to be expected, but it still made me sheepish when it happened. I walked through security with no problems, made my way past the lobby, and found myself at the entrance of the Labour offices. (Labour is the centre-left political party that my MSP represents). When I scanned my pass, the door wouldn’t open. I pushed and pulled and scanned my pass again and again. But it still wouldn’t budge! Thankfully, a woman saw my struggle and kindly showed me to pull the other handle.

I gave her a smile, silently thanking her for saving me. It was definitely one of these moments:

At first when I was told I’d be a researcher at the Parliament, I was expecting to read through loads of academic articles and journals. But so far, I haven’t opened a single academic article and all of the research I’ve done for my MSP, Dr. Richard, has been really interesting. Every day, I learn about a new health issue in Scotland!

This past week, I’ve conducted research ranging from the prominence of mental health problems in the LGBTQ community to the current progress on the proposal for standardized tobacco packaging (which apparently is already done in Australia, but I could never imagine this happening in the US). Usually, I take the research and prepare a background brief on the topic for Dr. Richard. Recently, I found out that he send these out to other staff members to read or makes speeches based on my notes. 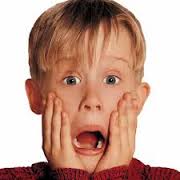 The coolest part about being an intern is simply: being an intern at Parliament (which they refer to as Holyrood). I love being at the hub of political activity. I get invites to receptions and meetings with other prominent politicians/media figures (like the BBC!). I also recognize faces from the news while walking down the hall or even have the chance to witness the news being filmed right in the Garden Lobby.

But the best part is when I sat one table away from Nicola Sturgeon, the first Minister of Scotland, in the cafeteria. If the name doesn’t mean anything to you, she is the Barack Obama equivalent for Scotland! But of course, this is an excitement I don’t express when I am in the office. Nicola Sturgeon represents SNP, the rival of the Labour Party.

Every Thursday, the chamber is packed with people to come watch how intense the rivalry can be. Check it out from 2:50 to 5:00. The person speaking first (wearing yellow/gray) is Kezia Dugdale, Deputy Leader of the Labour Party and the one in purple suit is Nicola Sturgeon, the First Minister. You are now watching First Minister’s Questions:

I’ll admit. Between being on the learning curve, being excited, researching, and attending committee meetings, I am exhausted by the time work ends at 5pm. It’s not even that I run around all day. I just sit! But the sheer fact of working from 9-5pm is still something I am not used to and now I am even more grateful to my parents for having the energy to make me dinner growing up after their long work days. I’m hoping I’ll build enough stamina soon to get through the day. After all, my weekends are now packed with travels and activities that I no longer get to do during the week. This weekend, I’m going on a hike! Hopefully I’ll have enough energy for it.

Here goes to making the most out of being abroad!

This entry was posted on Monday, March 2nd, 2015 at 3:50 pm and is filed under KyungSun in Scotland, Spring 2015. You can follow any responses to this entry through the RSS 2.0 feed. You can leave a response, or trackback from your own site.

One Response to KyungSun in Scotland: Hello, Intern