This past week has been pretty slow. People are getting sick and wearing masks to avoid the sickness spreading. It’s getting super cold. I ended up facetiming my mom who was sleeping in my room. I asked her why she was in my room and she told me the AC works better there…I almost jumped out of my chair when I heard that. She’s still using the AC while I’m over here freezing my butt off!

I went for a walk after my classes since I had some free time. A couple of my friends told me that there was a dam about a 20-30 minute walk away so I decided to go find it. I listened to music the entire walk. Only about 5 cars passed me. I ended up finding the dam but didn’t take pictures, as it was already getting dark. There was a small green frog chilling on the fence blocking the dam.

You know how Patrik always gives me coffee in those cup noodle containers? Well, I went to AEON (the mall) this past week and ended up buying some paper cups from DAISO (100 yen store, basically the dollar store). I also bought my own mug since I get coffee from him that often. I went to his room about 5 times this past week just for coffee. While we waited for the coffee to brew, we showed each other music that we recommend. Me with my hip hop music and him with his metal core music. It’s funny how close we are but how different we are, especially when it comes to music taste.

I forgot to mention but last week, Patrik was showing me some Japanese music he listens to and he ended up playing a song by a band named FAKY. I started freaking out because my friend, Diane, the girl I recently visited in Tokyo, used to be in that band. She ended up leaving it because she wanted to do something else I showed him one of their music videos and pointed out Diane and he started freaking out. We both started singing along to the music video and wow, it was such a surreal moment. If you want to check out one of their songs just type in “Better Without You FAKY” and you’ll see Diane with her long red hair. 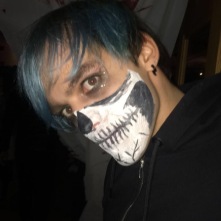 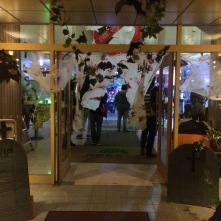 There was a Halloween party at the Student Hall Thursday night. Isabella and I decided to stop by because my friend was performing. We thought we were going to be late so we ran all the way to Student Hall but ended up being early. We watched the costume competition and two guys dressed up as Cup Noodles won! Patrik was there as well with his skeleton face paint. Jay ended up performing and blew us all away. It was Isabella’s first time hearing him sing and “wow” was all that came out of her mouth. 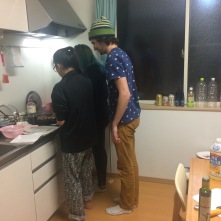 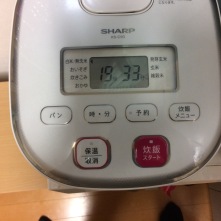 Most of us went out Friday night for a Halloween party and ended up pulling an all-nighter since we were unable to get back on campus till the next morning as we had to wait for the trains to start running again. We slept all of Saturday and woke up around 4pm! Since we practically wasted the day, we decided to all cook dinner. Isabella and I went to AEON first to get the ingredients. She bought spaghetti and Carbonara sauce. I decided to make Goya Chanpuru, an Okinawan dish, since my mom sent me Spam in that care package she sent me last week. I bought tofu, eggs, and goya. Isabella already had salt and soy sauce so I was set. I had to call my mom before I started cooking to make sure I was doing everything correctly. She also sent me jushi, Okinawa style rice seasoning with vegetables and meat, so I had to make sure I was using the rice cooker correctly. 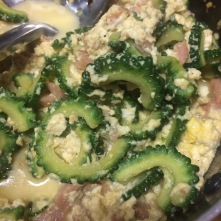 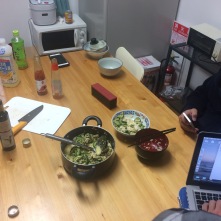 We had so much food. I made rice and Goya Chanpuru, Isabella made her spaghetti, and Annabelle and Kevin made chicken with some sweet chili sauce. Patrik was the only one that actually enjoyed the Goya Chanpuru; everyone else thought it was too bitter, which didn’t surprise me. Tristan actually said that we should all eat a mouthful of just Goya. I didn’t do it because I didn’t count, as I enjoy the bitterness. So, Tristan, Isabella, Annabelle, and Patrik all took about 5 pieces of Goya and stuffed it in their mouths. It was great. Annabelle made the weirdest face and immediately ate chicken afterwards to get rid of the taste. This makes Goya Chanpuru sound bad…I promise it’s actually delicious. 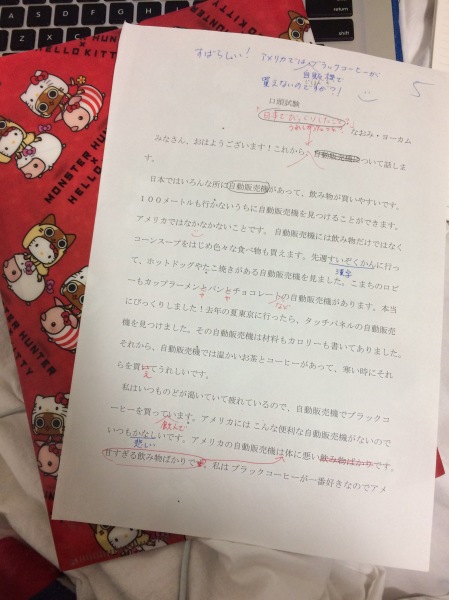 This upcoming week, we have to give a 3-4 minute speech in Japanese class. We can’t have any notes or anything so we basically have to memorize our speech in just Japanese. I’m actually pretty nervous. For this speech, we had to decide to talk about either something that surprised us, saddened us, or excited us about Japan. I wrote about the vending machines in Japan and how the abundance of them surprised me. 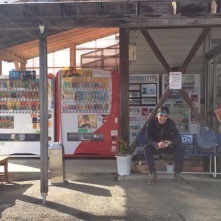 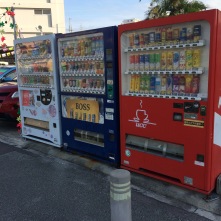 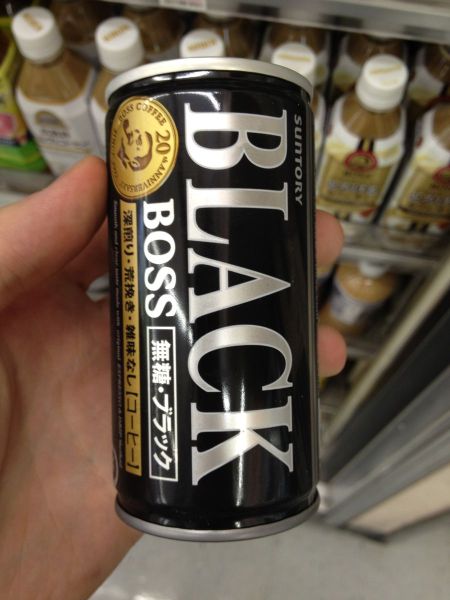 I appreciate it though because these vending machines sell iced black coffee. It’s a struggle for me when I go back home to the states because the only way to get iced black coffee is if you go to Starbucks or to some other chain store. It’s not as easy, common, and cheap as Japan. 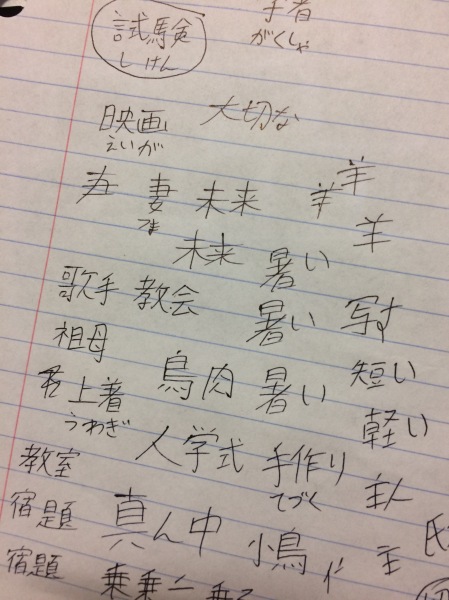 In addition to the speech I have to memorize, I also have a 漢字 (kanji) midterm to study for and its just line after line after line. I’m even studying for it right now. I’ve been doing well in the class so I’m not too worried about it but this is an exam on ALL of the 漢字we’ve learned so far this semester…wish me luck! 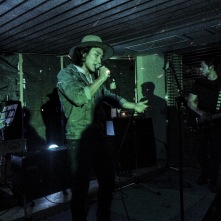 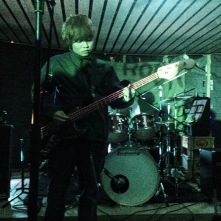 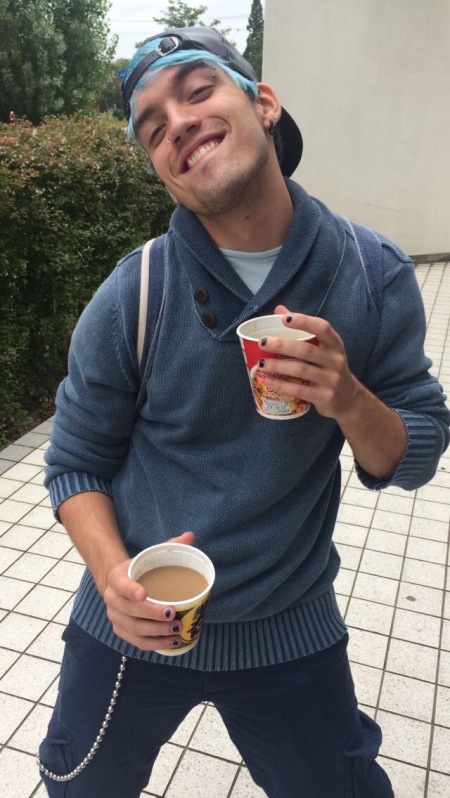 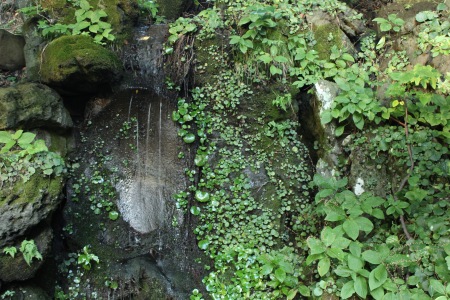 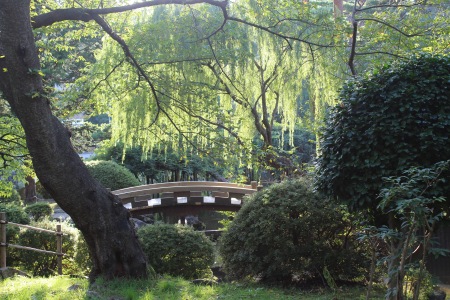 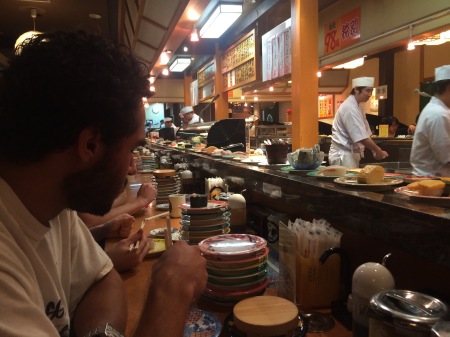 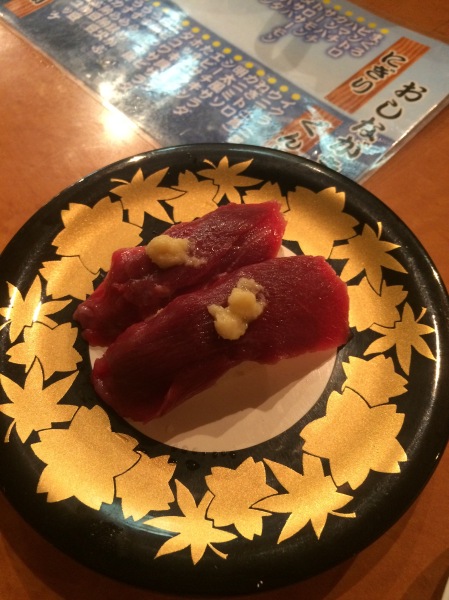