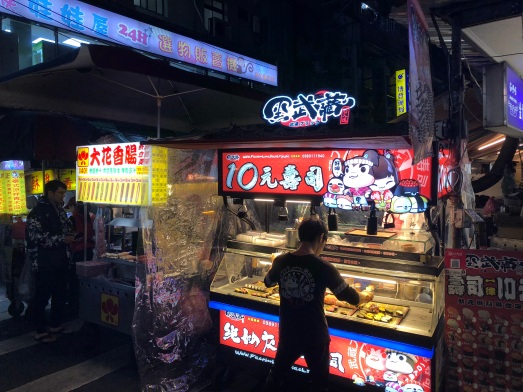 A Japanese food stand at the Tonghua Street night market, one of the more local ones in Taipei

One of my favorite parts of living in Taipei is the food, and there’s nowhere better to find good late-night food than in one of the city’s many night markets. These night markets are spread throughout the city and typically busiest on the weekends. You’ll find traditional Taiwanese food, a smattering of food from other countries (mainly Japan, Korea, and Vietnam), and all kinds of snacks. 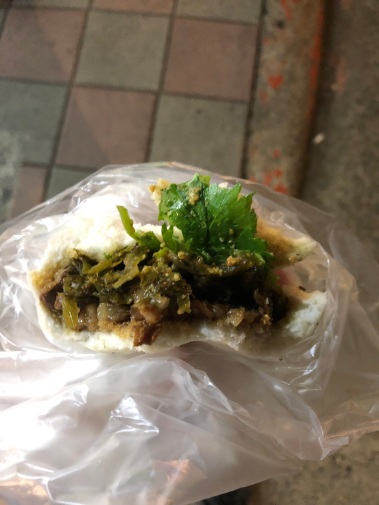 Taiwanese hamburger (掛包 guàbāo), a popular snack made with a steamed bun, pork, pickled vegetables, peanuts, and cilantro. I actually had to get a second one because I ate it too fast and forget to take a picture!

Celebrated by tourists and locals alike, night markets offer a fusion of local and foreign flavors that can’t be matched by visiting a single restaurant alone. One thing that I appreciate about living here is that, at least in general, food safety seems to be less of a concern than it can be in places like mainland China or Thailand. That being said, you can be as adventurous as you want, with choices ranging from fried dough sticks (油條) and egg cake/quiche (蛋餅) to octopus and the infamous stinky tofu. One thing I’ve learned is genuinely how difficult it can be deciding what to eat when there are so many different smells, stands, and options, but that’s one of the things that’s best about these markets – you can keep coming back for more. 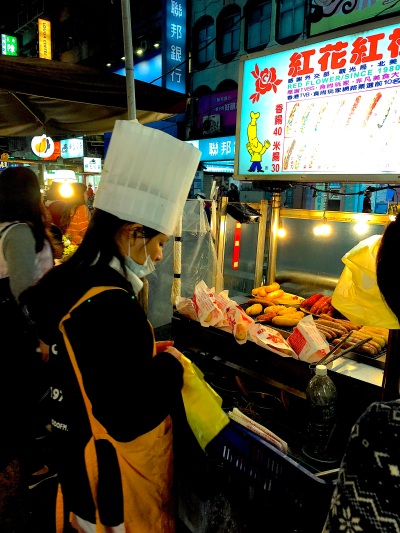 While it’s widely considered a great location if your apartment is located near a metro stop, I would also add living near a night market to this list. Like metro stops, there are plenty of them throughout Taipei and some bigger and busier than others, but having access to these is a great way to satisfy cravings for street food while also seeing and interacting with such a bustling and extraordinary environment. Whether it’s the more popular ones like Shilin or something a little more modest, night markets are really one of the things that make this city special and something I’ll miss when I go back to the U.S. 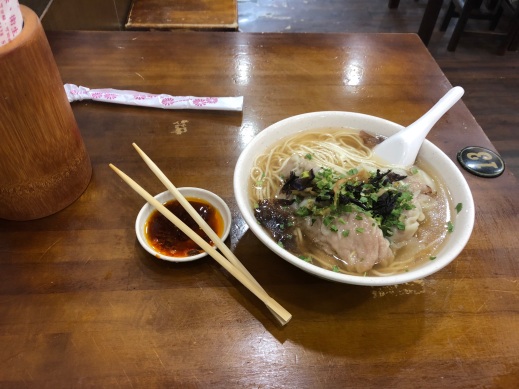 Within the next few days, our program is holding our “individual progress meetings”. This does not mean our individual grades in each of our classes, but mid-term updates on our mental health, home stays, and how we have adjusted to life here. As I mentioned in my last post, I can’t believe that it is already March and that this is almost mid-term of our 18-week program. Also, it’s starting to get warmer (25 to 30°F instead of -7°F) and the sun is out almost every single day. When we first arrived to for program, we were told that Saint Petersburg only gets about 60 days of sun a year. I do not really believe that because there were many days where it was sunny…and snowing at the same time! 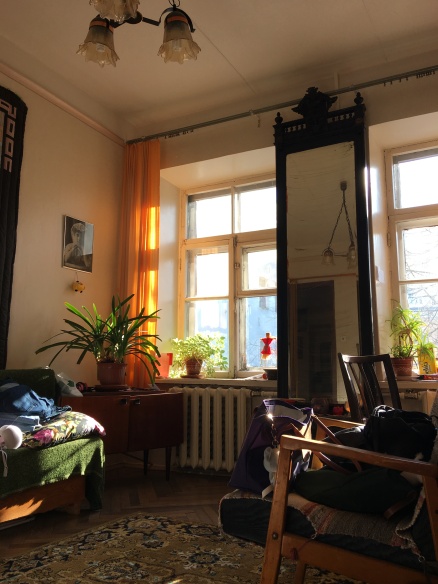 The snow is starting to melt and it is above 0°C/32°F most days. It was raining today and you can start seeing a bit of the ground. 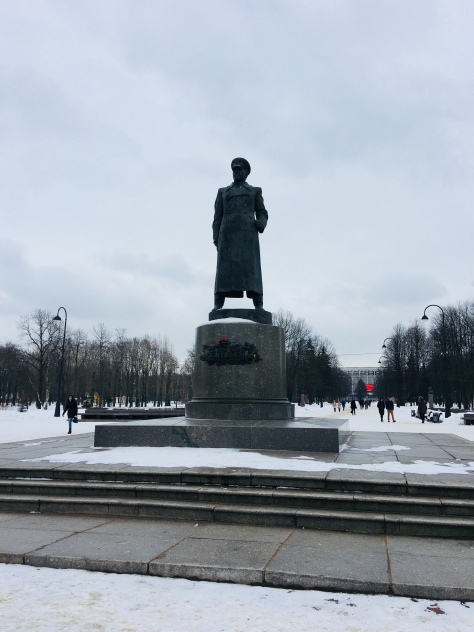 Progress is hard to be measured. I’ve been here for a few weeks and I’ve never really felt so comfortable about a place in my life. I go to school via bus. I take public transportation all the time. Everything is smooth sailing, except the occasional fights on the bus/metro during peak hours. Having an unlimited bus pass makes things a lot easier and encourages me to go out more. Sometimes I do forget that I am home and that rules in New York aren’t the same as in Russia. I noticed that in more crowded/touristy neighborhoods, people jaywalk a lot. However, in more residential areas, people wait for the full 30-90 seconds before crossing even if there are no cars on the road. A few days ago, I was in the southern part of the city for a weekend market and crossed the street diagonally. Apparently, I wasn’t allowed to cross diagonally. A police officer stopped me and told me that I was not allowed to cross the street that way. I was not really panicking, but more confused than anything. (This entire exchange was in Russian). Eventually, he asked for my documents and I handed him my spravka (letter saying I am legally allowed to be in this country, because my multi-entry visa was being processed). He was pretty confused because it’s not really a common document to come across. He ended up asking me if I could wait a minute and he brought me to his partner, who eventually told me to not do it again or else I would get a fine. It was one of those moments where I did not think about adjusting my behaviors for the host environment.

I am also starting to fully understand my host grandmother, but I still need to work on responding to her. I am able to interact more with shopkeepers and food service workers, which I am happy about. Although we all have Russian IDs, sometimes museum workers do not like giving student discounts to visiting students. However, I’m getting better at sounding less confused during my interactions, which helps me get the discount 95% of the time. Here is one of the exhibits I visited this weekend (at the Манеж) 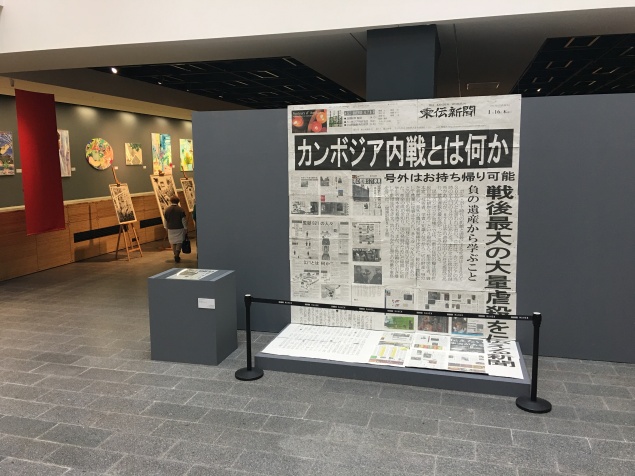 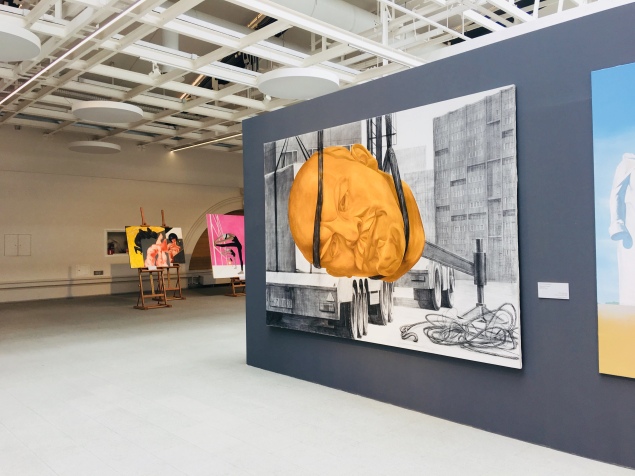 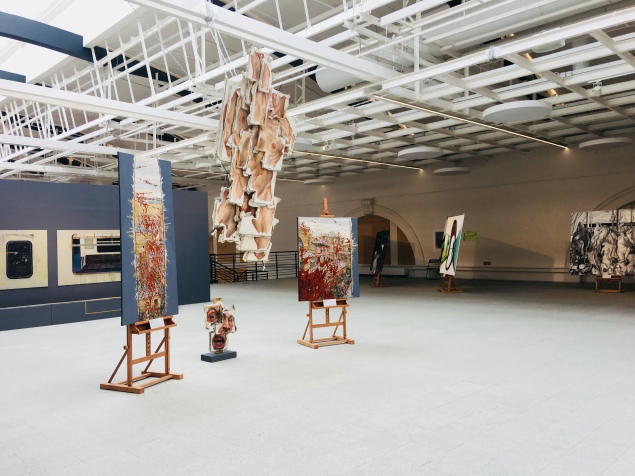 The food scene here is great. I am not exaggerating this simply because I love being here so much, but because it actually is the best food I’ve ever had. I managed to find amazing tacos in the northern most part of the city. 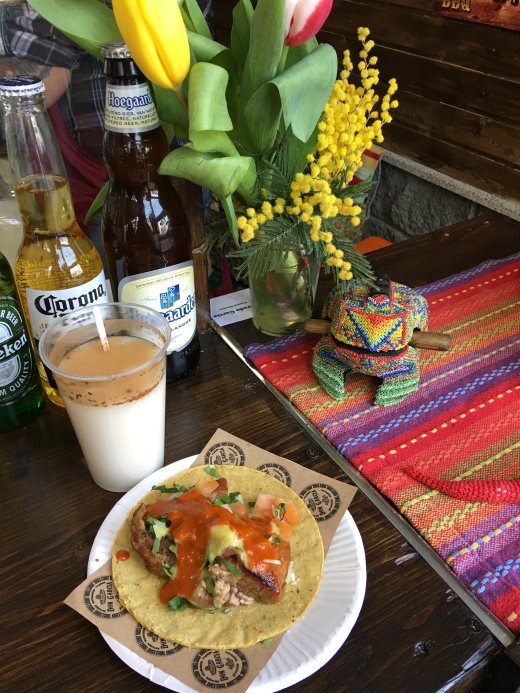 Interestingly enough, I also found the best pho (Vietnamese noodle soup), in the middle of a Central Asia market near my house. There is no real address, but I used 9 photos to guide me to it. 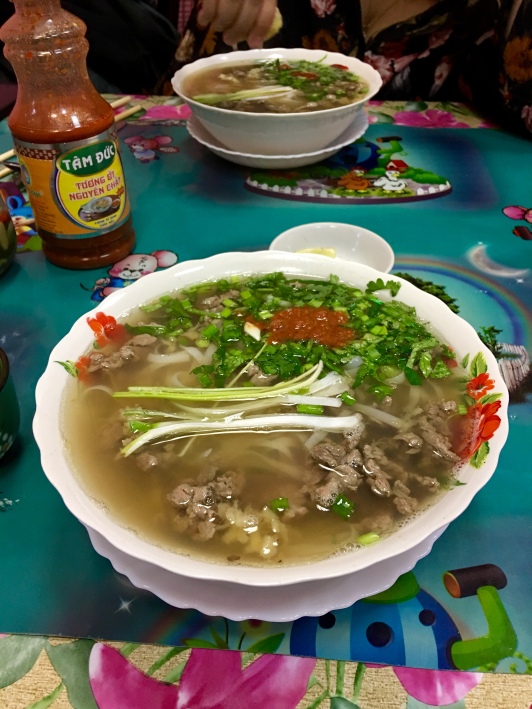 I often think about how I would want to come back to this city after I leave, but I would not know what I would do here career wise. I currently audit a master’s level class (In English) and I really like it, so I can imagine myself enrolling at the university for that program. However, I do have a lot of time to figure this out (especially since I still have 1 year of university left).

Posted by Justine In Russia

It is crazy to realize that I have now been here for almost eight weeks. Time has flown by, but it still feels like I have done so much. At this point I think that I have really adapted to Buenos Aires—I still remember an early conversation I had with my host mom about how different some parts of life in Argentina were to me when I first arrived. We were talking about how time functions here in comparison to the U.S. I told her that for me, eating dinner at 10 or 10:30pm is really late, as a common time for American families is around 6 or 7pm. To this she simply replied, “vas a acostumbrar,” or “you will adjust.” She was right—I definitely have adjusted to life in Buenos Aires, but after almost two months here, I have found that there are a few things I don’t think I will get used to: 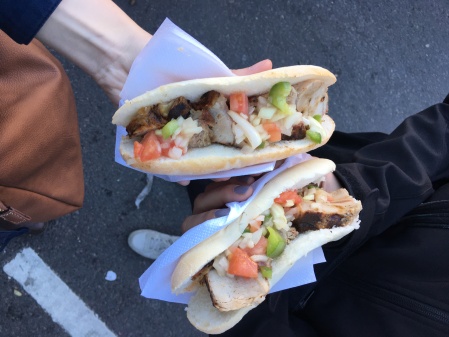 Argentina is well known for plenty of other kinds of meat. In addition to ham, I have also been able to try really great steak, such as these steak sandwiches we bought at the national asado competition that was held in Buenos Aires this past weekend. 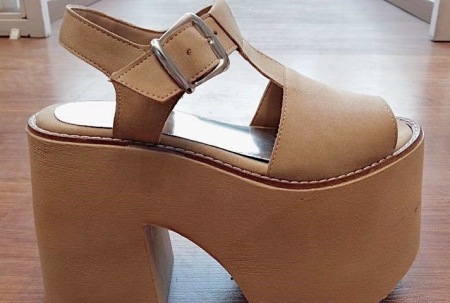 These don’t look too fun to walk around the city in.

Although I may not “get used” to these (and many other) parts of life in Buenos Aires, I appreciate them all the same. Differences in routine, custom and culture is a huge part of what makes being abroad so special (and as cliché as that sounds, it is completely true).