My flight was set to take off at 12 p.m. on Thursday, February 21st and land at Incheon airport at approximately 4:30 p.m. Friday, February 22nd. My dad drove me to the airport and helped me get my bags checked in. Everything was happening so fast–– or so it felt. He followed me until we got to security and then we said our goodbyes. I already miss him. I felt pretty sad waiting for my flight but I kept reminding myself that this experience will be good for me and I know deep down I’m excited, but change is hard for me sometimes.

When I got on the plane, I was pleasantly surprised to find out that the seat next to me was empty. I had so much leg room! The seat itself was pretty stiff, but it reclined a decent amount. When I booked my ticket, I made sure to have a window seat because I love to look out the window during airplane rides. The in-flight entertainment was pretty cool. They had a bunch of music to listen to and different arcade games. I played Pac Man like 20 times! Also, I know people are always bashing on airplane food, but Korean Air knows what’s up. The first meal I had was traditional Bibimbap, which came with a side of rice, seaweed soup, pineapples, and pickles with chili sauce. They also provided sesame oil and chili paste to make the Bibimbap extra yummy. I feasted to say the least, but they ran out of ginger ale when I asked so I opted for a beer. They’re basically the same thing, right?

We flew over areas that I have never been to or seen in my entire life. Since I’m used to flying South to Ecuador, I’ve never had the opportunity to cross over the North Pole, but it was amazing. I couldn’t stop looking outside at the beautiful colors in the sky and at the ice below. 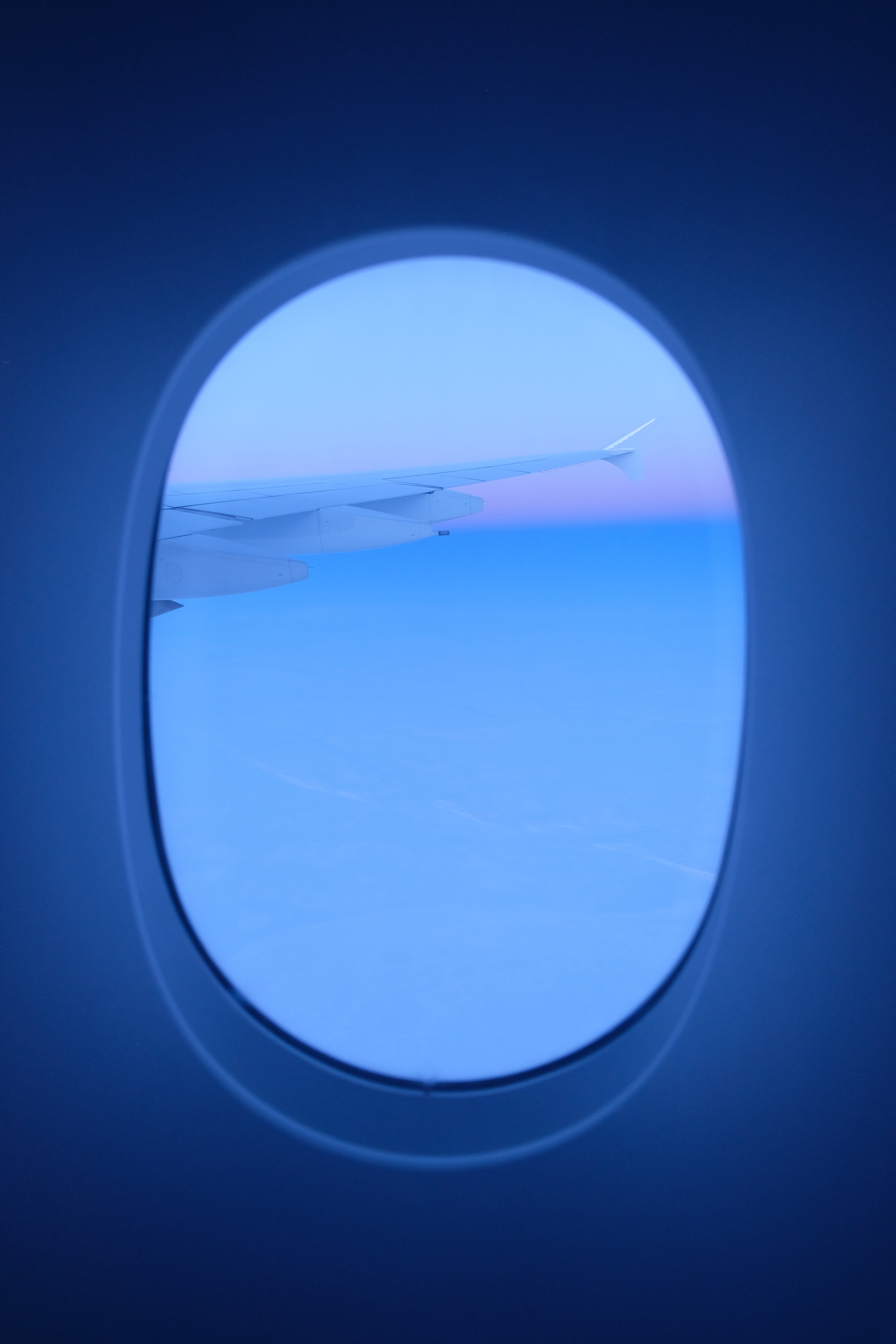 My view of the North Pole

I also really loved the view of New York when we were leaving. Everything looked so small and crowded!

My view of the Concrete Jungle

At one point we flew over land that looked like it didn’t belong to Earth and was out of a science fiction film. The terrain was rugged, grey, cracked, and had many river-looking pathways that intertwined through the ridges of the hills. It was crazy. If you’ve ever watched Interstellar, Mann’s Planet looks exactly like what I’m talking about!

After about five hours I realized that I would have no butt when I landed in Korea. I was sitting for 14 hours guys! I was losing it! On top of that, I couldn’t sleep. I don’t know what was wrong with me because if I know anything about myself, it’s that I can fall asleep anywhere at any time. I am a high functioning sloth, for real. So for most of the flight, I played Pac Man, listened to music, read my book, and pouted about not being able to sleep.

When we landed at Incheon Airport, I wanted to kiss the floor beneath me. I was so grateful to finally be off the plane. During the luggage claim I ran into a few other people that were heading to Yonsei and we buddied up to try to figure out our way to the dorm buildings. We took a bus and got off at the Ewha Woman’s University back gate stop, which put us at about an 8 minute walk to SK Global where many of us were staying.

I brought two big suitcases, a carry-on, and a book bag with me (not the best decision I’ve made in my life). That’s a total of 4 items that need to somehow get from the bus stop to the dorm rooms. I don’t know if you guys know this, but Korea is extremely hilly and Yonsei itself was built on the side of a mountain. Do you know what that means? It means I have to drag everything up one giant hill! Four pieces of luggage and two arms–– that’s what I am up against. Anyway, after numerous stretching breaks, a lot of panting, and a few internal, moral-boosting conversations, I managed to get my luggage into SK Global. I almost cried when I made it, let me tell you.

Outside of SK GLOBAL

Outside of SK GLOBAL

Once I checked in, I handed in my tuberculosis test results and grabbed a bag containing my bedding for the semester and headed upstairs. I was lucky enough to get a room on the top floor because the view is great!

The view from my dorm

After finally unpacking everything, I walked down to the convenience store to buy some food. I decided on a kimchi rice with tuna triangle kimbap–– my first meal in Korea! So far I’ve been having a great time. I’ll tell you guys about a few of my outings in my next blog post. Take care everyone!

This entry was posted on Friday, March 1st, 2019 at 3:42 pm and is filed under KrissinKorea, Spring 2019. You can follow any responses to this entry through the RSS 2.0 feed. You can leave a response, or trackback from your own site.