I had the pleasure of going to the doctor yesterday and it was a..strange experience. I did not get to experience a state-run hospital, but instead I went to one of the international clinics in Saint Petersburg. How did i end up there in the first place? I am always crazy sick and I figured that I should get myself checked out here, especially if I needed an excused absence. I already missed class once and I was worried about my attendance. So I took myself to the doctor. I managed to struggle my way to the bus stop and get myself to MEDEM. The first thing that struck me when I entered the office was that people were required to wear shoe covers before entering the clinic.

I forgot to save a picture of me wearing them, but they are basically shower caps for your shoes.

The second thing that struck me was that how fancy the clinic was. You could easily mistake this building for a hotel.

What did not really surprise me was that there was a coat check. Totally normal. Even at the university, there is a (free) coat check station in every building/department. Once I had that sorted through, I went to the front desk where I told them my information. I had scheduled an appointment the night before since they work 24/7. Normal paperwork and waiting time. I was sitting on a sofa for about five minutes before someone escorted me to the doctor’s office. Turns out, she was a translator. All the doctors speak a good amount of English, but they always have a translator there too.

This is when everything starts to get confusing. I met with a general practitioner because I did not think I was suffering from anything major. I thought I had the flu from one of the people in my program. The appointment quickly escalated from them taking my temperature, taking my blood, and then taking me to get a sonogram. I told them I had stomach pains and they took that as a “let’s look at your abdominal organs!” 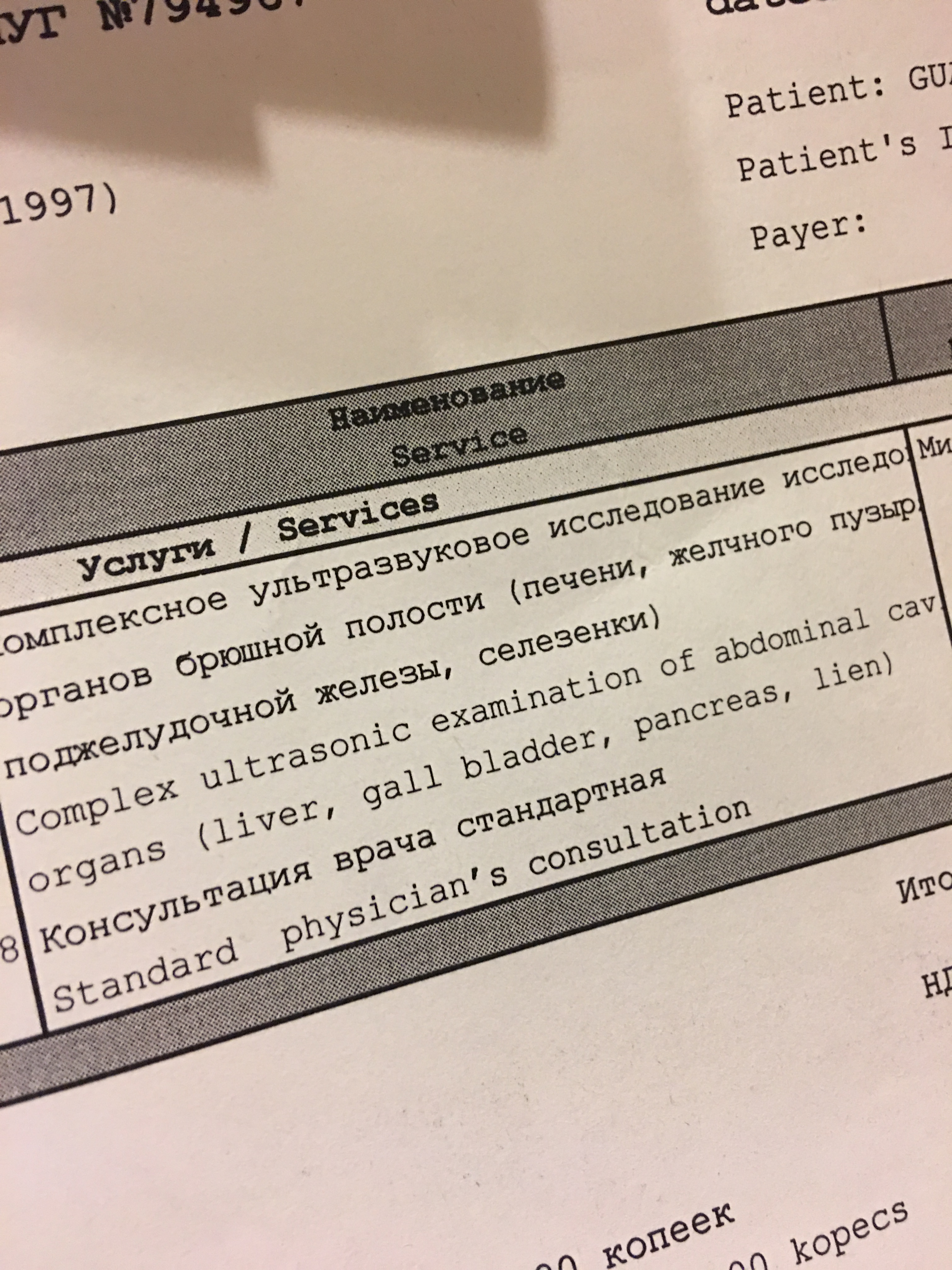 Everything was normal including my blood, my temperature, internal organs. I received a total of three ultrasounds yesterday and I still do not have no idea why. I learned that the price of a sonogram here is approximately $20 U.S dollars, and this is at one of the most expensive clinics in the city. It really makes you think about health care prices in the states. I spent a total of three hours at the doctor and I learned no new information about my illness. It was certainly a whirlwind experience, especially since the procedure of seeing the doctor is a little weird.

After each meeting with the doctor, you get sent back to the reception and you get sent to the cash desk, where you pay for the services you just received. After you pay, you wait around until the reception workers send another person to bring you to the second doctor…and so on. So it was a lot of running around and walking, which did not really make my mysterious illness any better. Now I know I will not go back to the doctor unless I am totally desperate, but it was in fact a really weird experience….

Until next time! (When I am actually feeling better)

This entry was posted on Friday, March 16th, 2018 at 9:49 am and is filed under Justine in Russia, Spring 2018. You can follow any responses to this entry through the RSS 2.0 feed. You can leave a response, or trackback from your own site.