Justine in Russia: Where Are You Going?

My name is Justine and I’m a junior from New York City. I’m majoring in Healthcare Studies and minoring in Russian Studies. I will be studying at Saint Petersburg State University (СПБГУ) in Saint Petersburg, Russia through CIEE (The Council on International Educational Exchange).

I’ve only studied Russian in school for one semester, but have been exposed to Russian culture and language through my peers. I am less than a week away from the start of my program and I really am not sure how I am feeling right now. Currently, I am questioning my Russian language skills and thinking about how I am going to do anything there based on three months of Russian. However, I am still looking forward to my study abroad experience and I hope to share my experiences over the next 18 weeks.

When I told my friends I was going to study abroad in Russia, most of them thought it was a joke up until my visa arrived. I honestly did not believe I was going to Russia until my visa arrived either. Interestingly enough, two days after I submitted my documents to the visa processing company, I received a phone call asking whether the “Xi” in my name stood for the 11th (XI). Unfortunately, it does not. 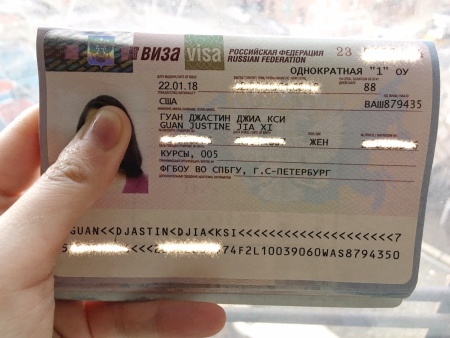 My visa also spells my name differently from the way I normally do in Russian (mid-young-adult crisis coming along soon).

Why study abroad in Russia? Why are you studying Russian?

I don’t really know if I can explain the reasoning behind my decisions without confusing anyone, but I will try to break it down to three points.

1. I was sick of taking Chinese classes.

I grew up speaking Mandarin Chinese and Fujianese Chinese with my family and did not really speak English until elementary school. When elementary school started, I went to Chinese school every Saturday for the next six years. My middle school and high school both required foreign language classes as part of our graduation requirements. There goes another seven years of Chinese class.

At my first university (I forgot to mention I transferred to Richmond sophomore year), I took Chinese my first semester. I have been learning Chinese in school for about thirteen and a half years, and around 70% of the time I did not learn anything new. Almost everything I learned was review and it was extremely boring for me since I wasn’t really learning. I decided to take up Russian because I was really fascinated with Cyrillic script and have always been interested in post-Soviet culture. 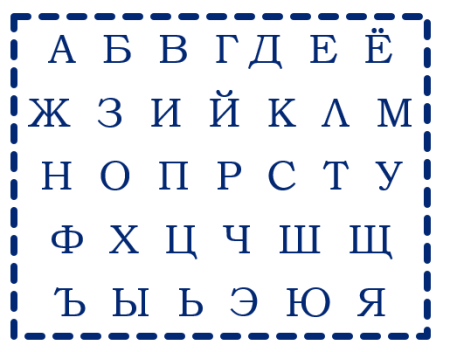 The Russian alphabet follows Cyrillic script (used in languages including Belarusian and Kazakh).

2. My mom would not let me travel to Russia alone.

This point is pretty self explanatory and makes a lot of of sense, but there’s more to it. As much as I love my family, family vacations drive me insane, especially since I am the one planning everything and acting as a tour guide for every family member involved.

Also, I was not proposing to go to Russia and travel, I was asking to learn Russian abroad! Why not enroll at a class at the local community college or hire a tutor? BECAUSE this would still be two to three times more expensive than a round trip plane ticket and a month of classes in Russia or Kyrgyzstan. My mother said maybe and then said no after I did weeks of research on different schools and programs. When I told her I was going to study abroad in Russia, she told me she could not stop me at this point.

3. I will probably never have this kind of opportunity again.

I’m always trying to suggest to my family to travel to Bosnia or Kazakhstan for our vacations, but instead they question my sanity and suggest for us to go to Germany or Spain (I never win). I guess my mind works the same way for study abroad. I am not trying to be pretentious in trying to go to the “quirkiest” place I can find, but I believe I could always just visit Copenhagen or Sydney in ten years and be okay with waiting so long in deciding to travel there.

I still have a few more days to take this all in and prepare for my semester, so I guess for now this is all I have for you.

This entry was posted on Friday, January 26th, 2018 at 9:10 am and is filed under Justine in Russia, Spring 2018. You can follow any responses to this entry through the RSS 2.0 feed. You can leave a response, or trackback from your own site.

One Response to Justine in Russia: Where Are You Going?