When the sun sets on Amsterdam and its rays reflect off the rain-soaked pavement, the city streets turn into paths of sheer light. So today after the day-long rain, the sunlight reflecting off the pavement became so bright I could hardly see the sidewalk in front of me without squinting my eyes nearly shut. That didn’t help so much since I was exploring the city by bike. But despite the potential crash-factor, cycling in Amsterdam has been one of the most memorable moments of my time studying abroad so far. 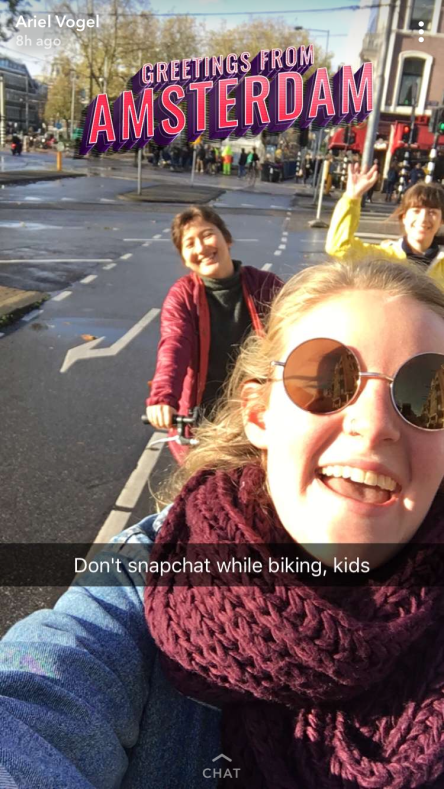 I’m here as a tradition with the women’s ultimate Frisbee team. Each year, the juniors who are abroad meet in one city in Europe. Our job while here is to send an email and welcome letter to the freshmen joining the team as well as take pictures in our traditional team poses. I remember seeing the pictures from the last set of juniors meeting in Europe and waiting in eager anticipation of the day I would be able to venture off abroad and continue the traditions myself. It’s certainly a reminder that time passed has passed quickly.

On the first day, my friends and I biked around to get a feel for the city and its culture. The city is much calmer than Paris yet still carries the same level of importance. It’s a city for business people and entrepreneurs, but it’s also open to people of various walks of life. We stayed at a youth hostel in the center of the city, and I heard Spanish, English (of the non-American brand), and French—but little Dutch spoken. Everyone here generally speaks English, and if I didn’t know any better I would’ve thought I was in an Anglophone country. This country is also very open with its values, so many things are legal here that aren’t legal in the US. It makes for a bit of a culture shock, but is interesting nonetheless. 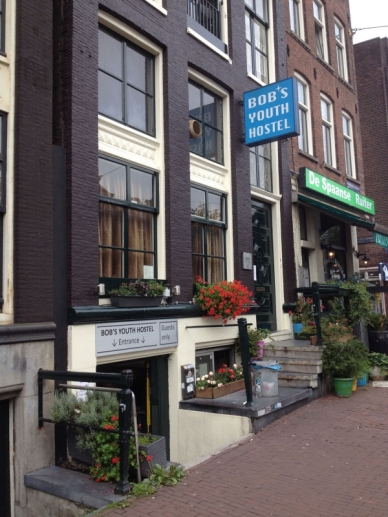 I can’t forget the architecture! After I got to Paris and did some traveling to other cities in Europe, I got it in my head that all cities are more or less the same. I’ve see a lot of the Haussmann architecture, which is virtually the only kind of building in Paris. Amsterdam, however, is something different altogether. It’s more colorful, quirky, and reflects the light-hearted spirit of the city. Some buildings are lopsided, some seem to be missing infrastructure altogether, some of them have colorful facades, and all of them have dizzyingly steep staircases. There are also canals and tunnels all throughout the city. It seems like a theme park in some ways. 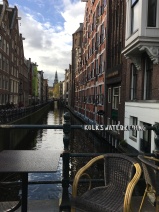 The second day, we spent the day visiting museums. We made our way to art museums as well as a heavenly cheese museum. The most memorable of these museums, for me, was the Anne Frank house. I’ve always had an interest in 20th century Europe with a particular interest in WWII history. This is one of the reasons why I wanted to study in Europe—to live in and be surrounded by historical artifacts. Visiting these sites of history is also a must for me every time I visit a new city. I visited Dachau a few weeks ago and now get the chance to visit the former hiding place of the world’s most beloved child author.

As I walked up the steps (steep ones at that) into the former hiding place of the Frank and Van Pels family, the Secret Annex, I felt transported into history. As I walked into Anne’s bedroom the original posters were plastered on the wall, the signs next to them explaining that it was her attempt to make the room seem happier. I had the chance to read some of her diary, and it’s unfathomable to think that a girl, who had been locked away in a house and repulsed by her society, could have thought what she did at her age. But her writing is still relatable; she was a child and had the same impulses and desires of a child. Nevertheless, she spoke with a profound command on her life and the lessons she learned having faced the prospect of death. This museum is a beautiful tribute to an even more beautiful young girl, and, although I didn’t get a chance to capture any pictures, I highly encourage visiting to see it for yourself.

I’m writing this while sitting in the airport. The flight back to Paris is only an hour long, the brevity of which is taking some getting used to. In the states, flying from Richmond to home for me takes six hours and one layover. But that’s also what I appreciate about being in Europe; another historical artifact or another amazing city or mountain range is just a hop, skip, and jump away. I’m not sure where I’ll go next (because finals are coming up, and I have to buckle down to prepare), but hopefully I’ll make it out one more time before I head back to the States for the New Year. It’s almost over! I can hardly believe it. 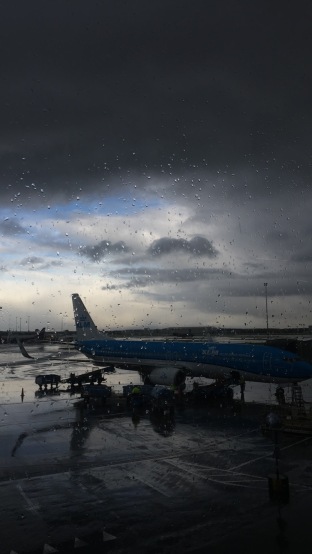 This entry was posted on Wednesday, November 15th, 2017 at 9:22 am and is filed under Fall 2017, Jess en France. You can follow any responses to this entry through the RSS 2.0 feed. You can leave a response, or trackback from your own site.