Olivia in Scotland: Here, There and Everywhere

You know that sinking feeling you get in the pit of your stomach when you’ve find out you’ve forgotten something important or mixed up some crucial time or date?

I had thought that my third blog post would be up long before now and that it would probably be about how my classes were starting out; however, over the past couple of weeks, I managed to make mistakes that gave me this very feeling not once, but twice.

On the Friday the 24th, I got a text from the leader of a retreat for study abroad students for which I had signed up back in August. It was organized by InterVarsity (IV), one of the Christian campus ministries I’m involved with when I’m back in the states, and the retreat brings college students to London to see the sights and talk about living our faith in cross-cultural environments. I was really excited to travel to London on the weekend of September 30th to experience this event, and I had even booked tickets to see a musical in the West End while I was there.

The leader asked me in the text if I was having trouble getting to London. Cue: perplexity followed by that sinking feeling in my stomach. Sure enough, when I went on the webpage and checked the date of the retreat again, I saw “September 23rd-25th” written clearly for all to see. Long story short, I made a rather big mistake and mixed up the date. I decided to go to the retreat even though I would miss Friday night and Saturday morning since I had already paid for it and really wanted to go. I frantically switched my train tickets, snatched a few hours of sleep, and made it to the 6:15 train out of Edinburgh Waverley.

In the end, it was all worth it. Even though I was only in the city for slightly over a day, I saw a few really amazing sights, made new friends, and had thoughtful conversations about cross-cultural experience and what living out my faith looks like while I’m studying here. 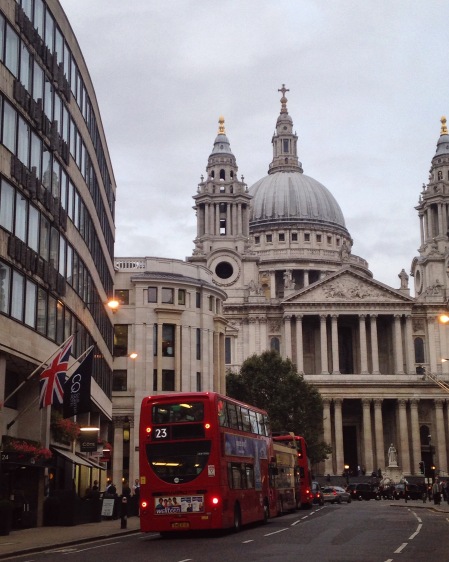 After having a Bible study outside on the lawn, we attended an Evensong service inside the stunning St. Paul’s Cathedral. It was overwhelmingly beautiful.

With new friends walking across the Millennium Bridge against the backdrop of the Shard and the Thames River!

I wish I could say that that was the last major travel mistake I made, but unfortunately it wasn’t. I decided to return to London alone the following weekend—the tickets I had bought to see the musical were nonrefundable, and it was my shot at seeing one of my favorite actors of all time, Michael Crawford, in person. (You may not recognize that name, but he was the original Phantom in Andrew Lloyd Webber’s Phantom of the Opera and a big part of what inspired me to start researching that story and begin the journey that I’m still on today of making a documentary about its different adaptations; see here if you’re curious about that.) I managed to get to London safely and have a fun first couple of days seeing the sights, like these:

I managed to get a last minute ticket to see Macbeth at the Globa Theatre! It was incredible just to be inside the building, and the innovative yet deceptively simple effects that they used in the production were amazing.

I got to ride the London Eye as the sun was going down and then see the skyline by night. 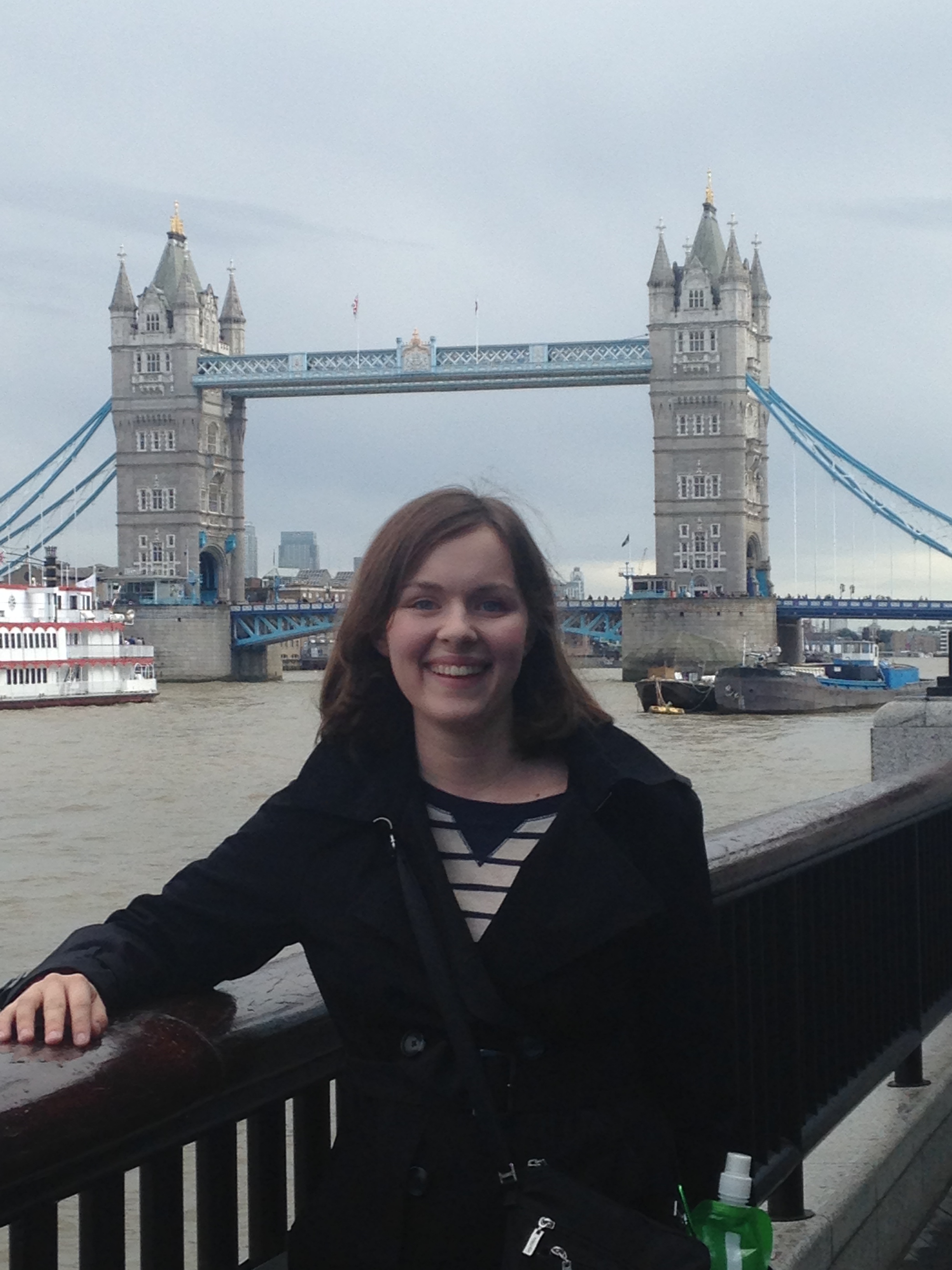 I walked across the iconic Tower Bridge and then toured the Tower of London!

However, come Saturday night, I was horrified to discover that I had actually missed the show.  I was sure that it was an evening performance, but it turned out that it was a matinee. Well, after I recovered from the shock of this, I decided that I was not going to leave London until I saw the show. I bought a ticket for the next performance (which was Monday night), switched my return ticket, and purchased another night in a London hostel.

As embarrassing and awful as making such a mistake a second time was, I think it was actually a blessing in disguise. I got an extra day and a half in the city and was able to see a lot more things, such as: 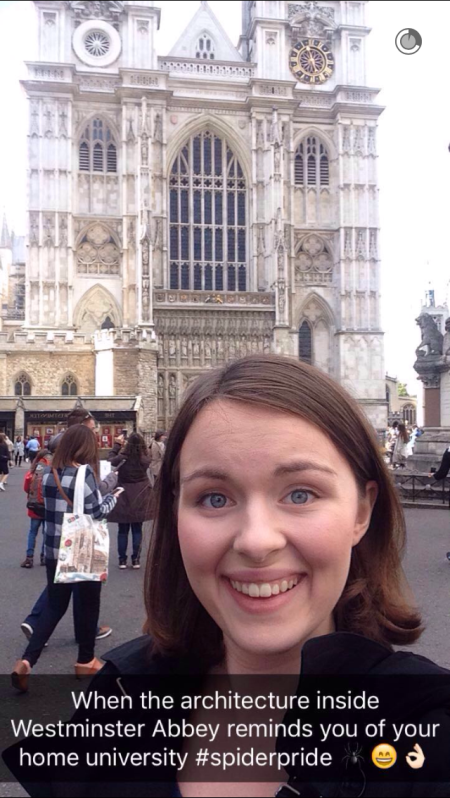 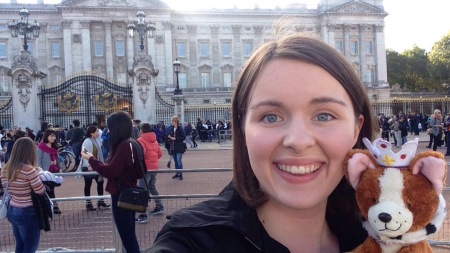 St. James’s Park, one of the lovliest places I’ve ever been.

Platform 9 3/4, an important stop for any Potterhead.

I did the thing. I walked across Abbey Road like the Beatles.

I went to the actual 221B Baker Street and went inside the Sherlock Holmes Museum!

And, in the end, I saw the show, met Michael Crawford briefly, and got him to sign my program. 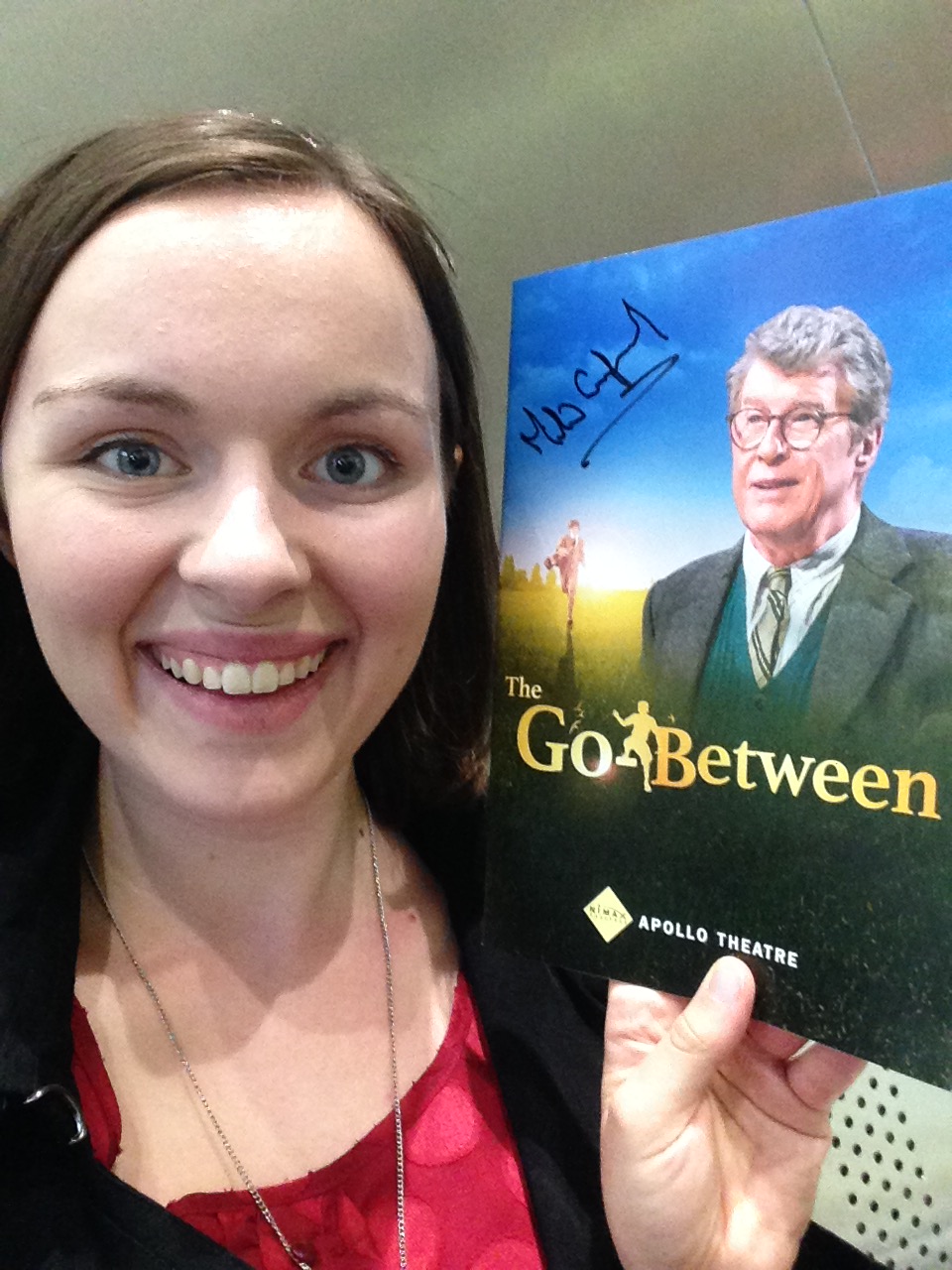 This is the face of a very exhausted but very happy person.

What did I learn from these experiences, you might ask? Well, I learned:

1.) double check all of your dates and times.

2.) triple check all of your dates times.

3.) Even though I had never done anything like this by myself before, switching tickets and things really isn’t all that hard. It takes effort, but once I got through panic mode, it was a pretty smooth process.

4.) The Brits are really great with helpful signage, so it’s not too hard to navigate London by yourself. Also, their train system is super efficient.

5.) In travel, even when things get crazy, they tend to work out in the end. For me, I don’t take any credit for this (since I’m clearly pretty inept at traveling alone); I feel that God was with me to keep me safe in my crazy travels and make things work out for the best, even if that was different from my original plan.

6.) did I mention that you should always check your dates and times?

Hopefully most of my big traveling mistakes are behind me now! Keep your fingers crossed. My next post should be up sooner and I’ll probably get to talk more about life as a student in Edinburgh. Till next time!

This entry was posted on Wednesday, October 12th, 2016 at 12:46 pm and is filed under Olivia in Scotland. You can follow any responses to this entry through the RSS 2.0 feed. You can leave a response, or trackback from your own site.