Jiaqi in Italy: Via Padova-the Multicultural Heart of Milan

The moment you get off the Loreto station and walk up to Via Padova, you enter the world of secret Milan. Multiculturalism is evident everywhere: from the South American restaurants, Chinese supermarkets, to the many money transfer service shops on every corner. With the often-heard rumor of this street being the “most dangerous” one in Milan, Via Padova captivates me to observe this chaotic neighborhood and the complexity of Milan as an immigrant city. 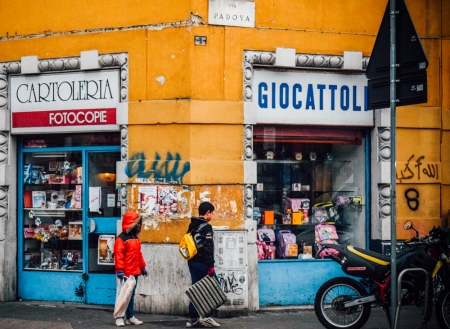 Street of Via Padova

People of Via Padova 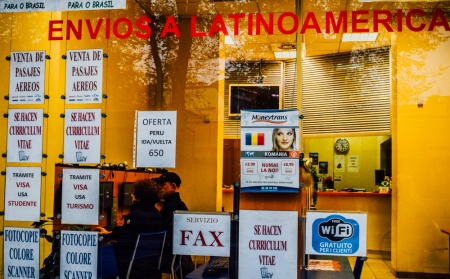 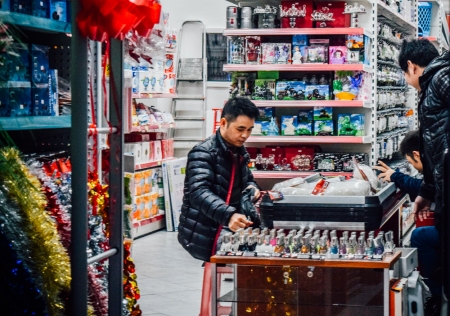 From the primary school full of immigrant children and the convenience stores in different languages, Via Padova is both a mysterious and simple neighborhood. From the obscure posters on the street walls and graffitis, you find prostitution ads as well as recruitment for a massage girl’s crew. On the other hand, this is not only the center for underground activities but the safety net for many foreign newcomers. Here they find their home cuisine, their people, their languages spoken, their comfort zones. 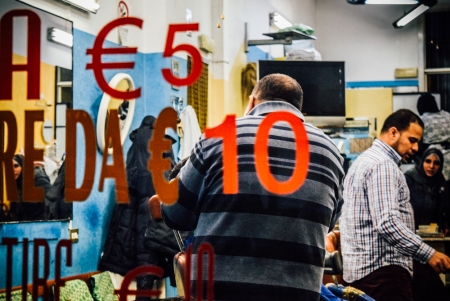 If Milan’s international environment, on business conferences of daily life, have a special resonance with you, the streets of Via Padova will be a catalyst for the deeper revelation of Milan: a Milan of multiethnic character. Translating these multiethnic, chaotic street scenes into photographic images is the challenge I would like to address. While taking honest shots of pedestrians and street stores, I want to communicate the atmosphere and authentic air of this unusual neighborhood.

Bus station in Via Padova

This entry was posted on Tuesday, December 1st, 2015 at 1:00 pm and is filed under Fall 2015, Jiaqi in Italy. You can follow any responses to this entry through the RSS 2.0 feed. You can leave a response, or trackback from your own site.