Diana in Germany: Re-entry and Reflection

The past week and a half back to the USA has been full of energy and fun! I’ve seen all of my friends again, celebrated my 21st birthday in my hometown of Baltimore, and returned to school. Reverse culture shock is not really happening to me, which surprises me given how much time and resources were devoted to this topic by my IES program and the study abroad office at University of Richmond. I know several of my friends are experiencing it though – especially as it relates to their much heavier workload and busier extracurricular lives. For me, coming back to America has been almost entirely positive with one or two moments leaving me feeling uncomfortable. 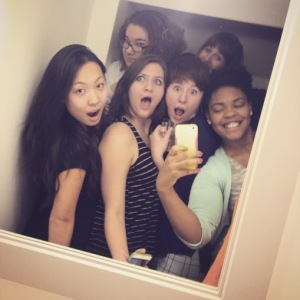 Friends and I celebrating my 21st birthday back in the USA sleepover style.

So why do I feel so good? Unlike many people, I studied abroad in a country where I did not know the official language before arriving. Every day sent new struggles and triumphs in the form of language barriers out in public. Now I am back in a world where I can listen in to conversations others are having and order food with 100% certainty of what I will be receiving. Places are familiar, faces are familiar, I have access to my family and friends again! The coolest thing I realized about Americans once I came back is how friendly we are in public. Exchanging smiles on the street with complete strangers, saying good morning in a hotel elevator, discussing things with people in the grocery store line, which did not happen once while I was abroad. I used to take for granted how open we are in public, but with the lens of studying abroad in Germany I will always appreciate the warmth we show each other. There is also the fact that, even though I am taking 5 classes this semester, they all seem manageable and are being taught by passionate, supportive professors. The biggest struggle academically is keeping track of all 5 at once instead of one at a time.

What were the few experiences that have left me feeling a little wistful for Freiburg? So far they mostly relate to transportation, energy saving, and recycling. there are still plenty of ways we waste BIG TIME compared to Freiburgers. People who even label themselves environmentalists leave the lights on or keep their power cord on all day when they are not in their rooms. At the grocery stores and convenience stores they pack everything up in plastic bags, which I forgot about while I was abroad. Everyone in Freiburg would bring their own cloth bags and buy for only a few days worth of food because grocery stores are so close by. Here, the stores automatically put your products into plastic bags… which I know from my work at Watershed Monitoring often end up in rivers. I miss wind turbines and streetcars and knowing that my energy is coming from woodchips and biogas. However, I am happy to see several new recycling/trash combination receptacles on campus and several new options for public transport from University of Richmond’s campus into the city.

What has changed about me because of study abroad (besides my hair color, haha)? How has it impacted me?
-Navigating public transportation is like breathing now.
-I know a bit more German and have a new perspective on English. We are so privileged to live in a predominantly English speaking country. Young people in all areas of the world are learning English, which makes it that much easier to study abroad anywhere.
-I’m totally confident in my cooking skillz for the future (oh right that brings up my sadness about no longer having a kitchen)
-My life goals and day-to-day perspectives are more flexible. I believe that no matter what, I will get a job I like. Somehow and in some unexpected way.
-On New Years Day I felt a shift in my heart. I let go of past fights or negative feelings about situations and people. Thankfully it seems those people involved have also grown in this way 🙂 GO POSITIVITY!!

Finally, I promised you all a list of the things I would exchange between Germany and the USA to make one super awesome place. The things I would want from Germany are: curry ketchup, more wind turbines, more trams/subways, bike lanes, biking culture, chemical trackers (see below), good cheap beer, actual dancing, and black forest cake in every bakery. The things I would want from the USA are: more vegetarian options, more fruit and vegetables in restaurants, grocery stores open on Sunday, less bottled water, more free or inexpensive tap water, no cobblestone streets, Chipotle, and real milkshakes. 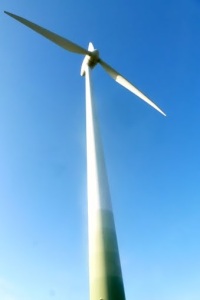 These track levels of different chemical pollutants that are in the air and gives a green, yellow, or red light depending on the air quality. Freiburg gets all green!

I missed volunteering! For MLK Day I volunteered at a non-profit farm, Shalom Farms, that sends its produce to those with less access to fresh, healthy food. Photo taken by Kevin Heraldo.​

Blogging has been a wonderful experience and a way for me to record my life in Germany for myself. I appreciate the opportunity very much and thank the Office of International Education for selecting me!

Signing out for the last time on this particular blog!

This entry was posted on Monday, January 26th, 2015 at 3:39 pm and is filed under Diana in Germany, Fall 2014. You can follow any responses to this entry through the RSS 2.0 feed. You can leave a response, or trackback from your own site.