Dan in Argentina: The Latest in Buenos Aires

The day after the Supermoon, I saw an farcical article about how people’s photos from the night before were blurry and underwhelming. While most of mine can be described equally, I think this one is pretty cool. I went to the Planetarium in Buenos Aires with a couple of my friends to see this rare moon. With live music, a big projection of the moon up close, and about 15,000 other people, we had a really amazing experience we’ll be able to reminisce about in 2033. 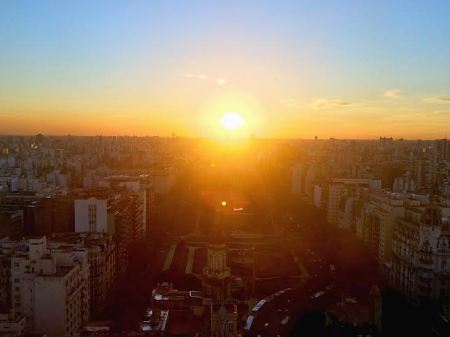 On top of Palacio Borolo, an office building designed and built during the early 20th century and inspired by Dante’s “Divine Comedy,” lie some of the greatest views of Buenos Aires. From the top lighthouse, you can see the famous Eva Peron mural, the Obelisk, and the Congress building (see next photo). A 6 pm tour of the palace gets you to the top perfectly as the sun is setting over the city. 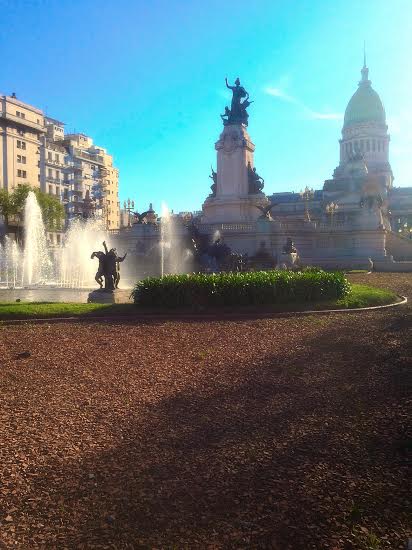 While the view of the Congreso is cool from the top of Palacio Borolo, the ground view is nice too. Once, while driving past the Plaza de Congreso and admiring its beauty, my cab driver agreed that, yes, it is nice on the outside, but remarked that what happens on the inside is not always so pretty. Yikes! 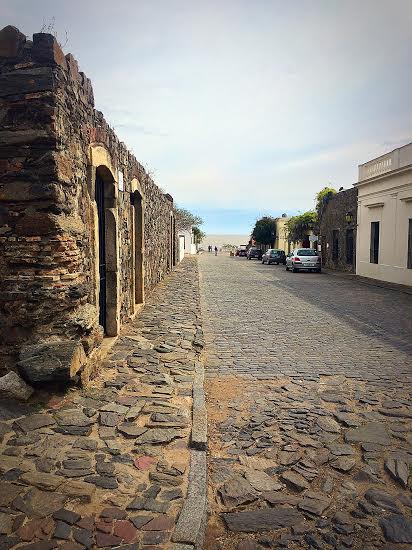 A day trip to Colonia, Uruguay is a must for any extranjero in Buenos Aires. An hour ferry ride to the opposite shore of el Rio de la Plata brings you to the gorgeous Spanish colonial town where alley ways with river views like this are the norm. A nice lunch and an excursion to a typical, quaint, Latin American church is basically all the town has to offer, but it is a great change from the hustle and bustle of the streets of Buenos Aires. 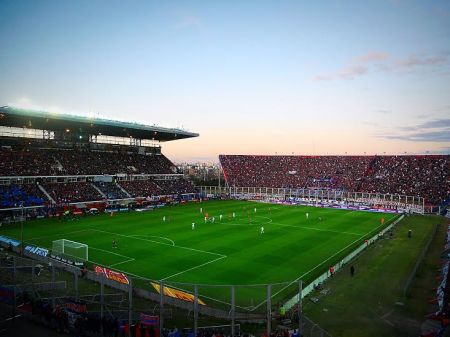 Back in Argentina, I have finally made it to a soccer game! On a brisk Saturday night, San Lorenzo hosted Rosario for an overtime game that ended in a 2-2 tie. The stadium was packed with the most dedicated fans I have ever seen…or heard. Throughout the entire 2 hours or so, the fans sang on the top of their lungs. Truly, the simple, alcohol-free stadium, even without a scoreboard, fills with Spanish rhythms and rhymes for the entirety of the game, creating a contagious energy I’ll never forget. My dad joked that it was obvious a vocal audition wasn’t required before being permitted entrance.

This entry was posted on Thursday, October 8th, 2015 at 3:06 pm and is filed under Dan in Argentina, Fall 2015. You can follow any responses to this entry through the RSS 2.0 feed. Both comments and pings are currently closed.