Olivia in Sweden: Joining a Nation!

I joined a nation!

As a student attending Uppsala University, it is crucial to join at least one.

Nations are made up of students, and the organizations hold events and offer a large variety of clubs so one can get involved with other students.

There are 13 nations, which are named after regions in Sweden. They have been around for centuries, and while previously students were only allowed to join the nation that represented their region, now the rules are much more relaxed.

I joined Södermanlands-Nerikes nation, nicknamed Snerikes. Founded in 1595, it is the oldest nation of Uppsala University.

I attended the Recce Reception where there was a mini fair with tables promoting the activities they offered, followed by an informal dinner. 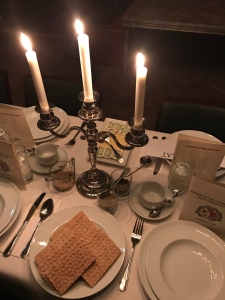 Shown above is the appetizer provided before our dinner. Some crackers with the option of butter or cheese as a topping! By the candles were some mustard, rosemary, and oregano to have with our yellow pea soup.

During the dinner, they showed us their choir, their improv group, and their band. All three are open to any students, regardless of the nation they chose to join!

Here are two videos of their band because I couldn’t pick between the two:

This song may sound familiar for any Aladdin or Broadway fans!

This is more of a traditional song played by the Swedes. It’s also common to start ball-room dancing while they play!

This week I went to two activities sponsored by the nations.

Kalmar nation holds a mixtape circle every other week. For the mixtape circle, the group picks a theme. For the next meeting, each person has picked a song that they feel goes with that theme. We all share and discuss the music. Because we are all so different, the mixtape circle is a great way to discover other music that maybe you wouldn’t usually listen to. 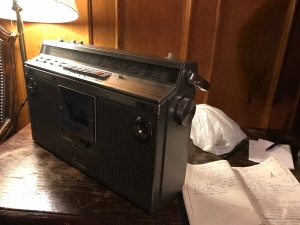 To the right is a journal that is passed around as each person shares a song. We all write down the name of the song and the artist, and this list is then shared through a Facebook group. The big sound system to the left is the magical box that we hear it from.

I’ve also started attending an improv group hosted by my very own nation. I fell twice during the acting exercises and am currently recovering from the pain.

I have to bounce back quick because there’s so much to do!

This entry was posted on Monday, February 13th, 2017 at 11:26 am and is filed under Olivia in Sweden, Spring 2017. You can follow any responses to this entry through the RSS 2.0 feed. You can leave a response, or trackback from your own site.