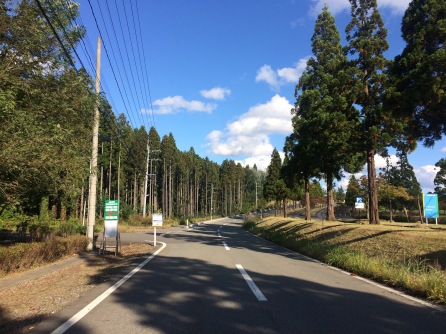 On Thursday, Patrick and I decided to go on a walk since I was stood up for my date. Just kidding, not date. I’m an LDIC (Language Development and Intercultural Studies Center) conversation leader. The LDIC is a self-directed language-learning center that provides several resources for students trying to learn a new language. They provide several computers and you can check out movies or TV shows. For example, they offer the entire series of Friends with subtitles for any student trying to learn English (I love Friends). I volunteer through the Foreign Language Conversation Support meaning any student can sign up with me to talk about anything in order to improve their English speaking skills. I had two appointments and my first one didn’t show up so Patrick and I went for a short walk before my next appointment. It was such a beautiful day but, unfortunately, our walk lasted only 20 minutes. Patrick asked to borrow my earphones so he could listen to music and continue walking while I headed back to the LDIC for my next appointment. You wouldn’t believe this but my second appointment didn’t show up either…いいね〜 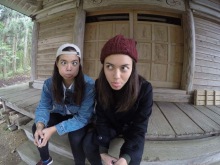 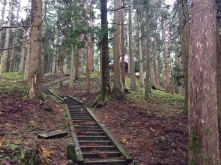 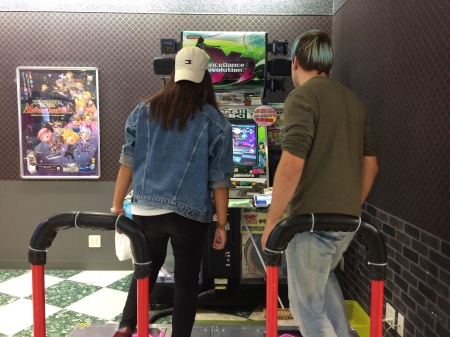 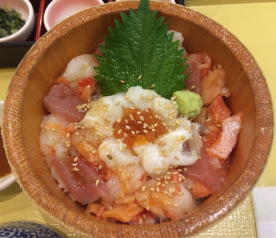 This weekend, my high school friend from Okinawa visited me. Her name is Ami and she’s currently a senior at Osaka International School. She arrived Friday afternoon, so we both ate lunch at the school cafeteria then went on a walk to a shrine near campus. Unfortunately, it was raining but we took some umbrellas from Komachi lobby (one of the dorm buildings) and headed over. The shrine seemed randomly place and was very secluded. We had to walk up several stairs just to get to it. Ami and I bowed at the entrance, gave money to the shrine, clapped our hands twice, and prayed for a bit. Afterwards, we headed back to campus and took the bus to AEON mall. We shopped for a bit before Patrik joined us. He was very enthusiastic about going to the arcade and finding Dance Dance Revolution. I didn’t think they would have it but we ended up finding it and “dancing” for a bit. Ami played once and refused to continue so Patrik and I finished up our turns then we all headed to dinner. I forgot the name of the restaurant but wow…the food was delicious. Ami speaks Japanese fluently and knows the dialects of both Okinawa and Osaka so we talked about that for a bit, as Patrik was very interested. Ami actually thought the way people speak in Akita was very weird; apparently, understanding people with an Akita dialect is difficult for people outside of the prefecture. 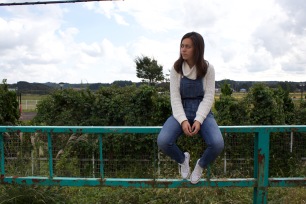 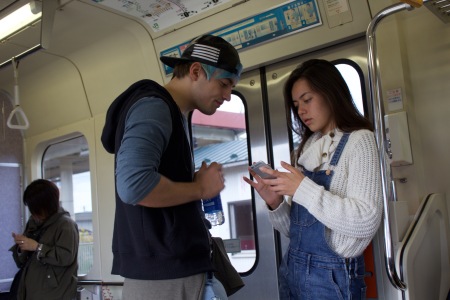 On Saturday, we headed to a beer festival in the city. We took the bus from campus to Wada Station then the train from Wada to Akita. On the train, Ami interviewed Patrik for her article. She writes for her school newspaper and wanted to write about her visit to our school. While she was doing that, everyone was staring out the window at the passing rice fields and I was playing Sudoku on my phone. We actually ended up skipping on the festival because it was very small and expensive and instead we just hung out at different spots in the city. For lunch, we went to Lawson’s (convenience store) and bought riceballs/steamed buns/ramen. It’s common for people to buy cup noodles and eat it right there. Lawson’s actually provides hot water for you, so Ami ate her noodles on the street while we were all talking and hanging out.

On our way back to campus after hanging out in the city, we had an hour at Wada station till the bus arrived. So, naturally, we had a photo shoot…meaning, I took several pictures of Ami while everyone else sat on the side and snacked on pizza flavored chips. These are some of the pictures I snapped. She looks like a monkey in the one of her hanging off the pole. We ended up playing music out loud and dancing freely since there was no one in sight.

I forgot to take a picture so I had to screenshot from Isabella’s snapchat story but later that night, Isabella invited us over for dinner. She made 肉じゃが (nikujaga) and we ate it with rice; it was her first time making it but it turned out amazing. Nikujaga literally means meat and potatoes; this is a common Japanese dish of meat, potatoes, carrots, onions, and konnyaku noodles. Isabella only had two potatoes left so she actually apologized to us because it was more of 肉人参 (nikuninjin), as in meat and carrots.

Sunday was Ami’s last day so we woke up early before she had to head to the airport at 12pm. We woke up and immediately went for a walk around the park near campus before even changing out of our PJs. She has a set pair from Uniqlo and I thought it was the cutest thing. She only brought one pair of socks with her (she forgot apparently), so she had to wear my socks. She also stole my shoes that morning so she was pulling off the typical Naomi look, as in mismatching with the striped socks and checkerboard shoes. Ami said it felt like Christmas with all of the green trees and her red PJs, so she ended up playing Christmas music; Mistletoe by Justin Bieber was played. Afterwards, we headed back to my apartment to change and went straight to the convenience store near campus to buy breakfast. Then, I gave her a tour of the campus. It took less than half an hour, as AIU’s campus is very small. She was mostly impressed with Nakajima Library, as is everyone. Our library was actually voted to be one of the nicest libraries in Japan, I believe. Whenever our school is written about in an article or posted in a handout, our library is always shown because of how beautiful it is. After the tour, my friend Toshi took us to the airport. Ami bought some お土産 (souvenirs) for her family and friends back in Osaka. I wasn’t too upset when I said bye to her because I plan on visiting her in Osaka one weekend before the end of my study abroad.

After dropping Ami off at the airport, Patrik decided that we should go on a walk to another shrine near campus. Instead of a 20-minute walk, like the shrine I went to with Ami, this shrine was a 55-minute walk away. We had no plans for the day and it was so beautiful outside so it was no problem. We walked through villages that were completely surrounded by trees and rice fields. There were several elderly people working in the fields and in their gardens. We saw two older men stacking huge bags of something (we couldn’t figure out what it was) and Patrik went up to them and asked if he could take a picture in their tractor. He’s not shy at all! When we finally made it to the shrine we gave some money and clapped our hands twice then prayed. The name of the shrine was八幡神社 and, unlike the other shrine I went to with Ami, this shrine was right next to the road and not as secluded. After our visit to the shrine, Patrik told me there was a river near us so we walked even further. The water was so peaceful. We saw someone canoeing in the distance. Also, while walking near the river, we both looked up and saw at least…AT LEAST 100 dragonflies just swarming around; I’m not exaggerating. After the river, Patrik said there was a temple nearby as well, so we walked even further than intended. On our way back to campus, instead of walking on the sidewalk near the streets, we walked on the pathways in the fields (there was a lot of poop). Our walk ended up being four hours and we got back on campus as the sun had set. It was a good time but our weekend ended with us heading to the library to work on our 作文 – essay for Japanese class about the AIU festival last weekend.

This entry was posted on Monday, October 24th, 2016 at 1:47 pm and is filed under Naomi at Akita, Uncategorized. You can follow any responses to this entry through the RSS 2.0 feed. You can leave a response, or trackback from your own site.